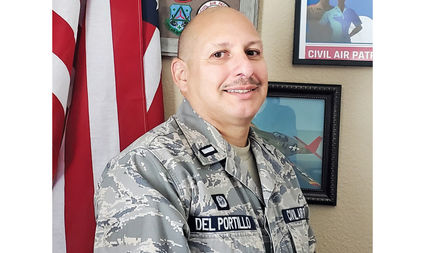 Lieutenant Del Portillo is assuming command of the squadron. Like many organizations, Civil Air Patrol and Squadron 46 have felt the effects of the COVID-19 Pandemic, and the membership has declined. Rebuilding the squadron is the new Commanders' primary task. They are attracting new members to answer the call to serve their community during this difficult time.

Under Lieutenant Del Portillo's leadership, the squadron is now looking ahead to a new future during these challenging times. The unit members remember those who have forged the path while working to serve the community through the Civil Air Patrol missions of aerospace education, cadet programs and emergency services.

Squadron meetings (currently virtual) are Tuesdays at 6 p.m. To receive a meeting invitation, please contact the unit via email at alan.baumgartner@cawgcap.org. When restrictions on public gatherings are lifted, they will resume meeting at the Airport FBO Office at the Tehachapi Regional Airport and welcome all visitors. 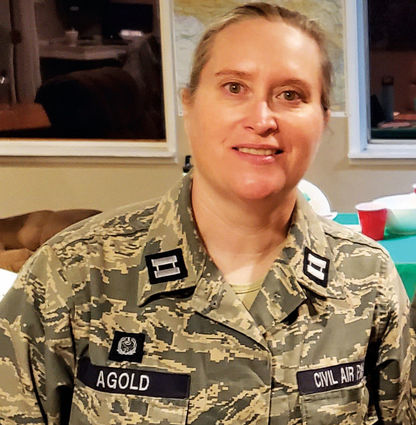 Established in 1941, Civil Air Patrol is the official auxiliary of the U.S. Air Force and as such is a member of its Total Force. In its auxiliary role, CAP operates a fleet of 560 single-engine Cessna aircraft and 1,944 small Unmanned Aircraft Systems (sUAS) and performs about 90% of continental U.S. inland search and rescue missions as tasked by the Air Force Rescue Coordination Center. Often using innovative cellphone forensics and radar analysis software, CAP was credited by the AFRCC with saving 130 lives in fiscal 2020. CAP's 60,000 members also perform homeland security, disaster relief and drug interdiction missions at the request of federal, state and local agencies. As a nonprofit organization, CAP plays a leading role in aerospace education using national academic standards-based STEM (science, technology, engineering and math) education. Members also serve as mentors to about 25,000 young people participating in CAP's Cadet Programs. One of the premier public service organizations in America, CAP benefits the nation with an estimated economic impact of $209 million annually. Visit http://www.CAP.News or http://www.GoCivilAirPatrol.com for more information.