December is an important month in aviation history 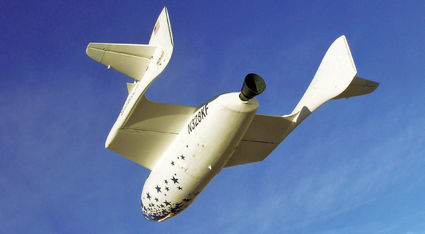 Aviation enthusiasts everywhere know there are many very important dates to remember in the month of December.

At 10:35 a.m., on December 17, 1903, Orville Wright made history by flying a powered machine into full flight at Kitty Hawk, North Carolina. This year marks the 117th anniversary of that famous flight.

The first experience Orville and Wilbur Wright had with a flying machine was an object given to them by their father. It was made of paper, bamboo sticks and cork. He turned a stick that twisted a rubber band, fastened it and tossed the object into the air. Both boys were fascinated that it didn't fall, instead it fluttered and flew several feet. Their father called it a helicopter.

Later in their lives, during the 1890s, sometimes known as the decade of the bicycle, the Wright brothers developed a successful business of bicycle repair. They happened onto an article in a magazine about Otto Lilienthal and his studies of the parabolic curve of a bird's wing and flight. They were reminded of the helicopter their father had given them 16 years before. The spark of flying was re-ignited and they experimented with kites and gliders for many years, before their historic manned powered flight in 1903.

Mojave has important aviation dates to remember as well. On December 17, 2003 SpaceShipOne's first rocket-powered flight soared into the Mojave skies. The date was chosen by Scaled Composites management in tribute to the 100th anniversary of the Wright Brothers' first flight at Kitty Hawk. Scaled test pilot Brian Binnie was at the controls as SS1 achieved a top speed of Mach 1.2 and a height of 20.7 kilometers or 67,800-feet. Everyone watching from the ground was thrilled to hear the sonic boom!

We have the opportunity to relive these flights from Brian's point of view in his new book – "The Magic and Menace of SpaceShipOne." Binnie recently completed the book about SpaceShipOne-that marvelous program, under the helm of Burt Rutan, from 2001-2004. It is colorful and humorous, with an entirely different perspective from anything previously written. Please check out https://brianbinnie.net/ for more information.

The other important aviation dates this month are: December 14-23, 1986, when Voyager made the extraordinary first non-stop, unrefueled flight, around the world with pilots Dick Rutan and Jeana Yeager (no relation to Chuck Yeager). This year marked the 34th anniversary of this epic flight.

Numerous test flights, plus a flight to Oshkosh, Wisconsin to attend the annual Experimental Aircraft Association's fly-in, led Dick and Jeana to the edge of entry into aviation history forever.

I have had the pleasure of hearing the poignant Voyager story told by Dick Rutan on many occasions and each time I hear something new. Dick likes to remind people, "If you can dream it, you can do it!"

The cramped cockpit environment was most uncomfortable and sleep deprivation was the enemy. Imagine being locked in a phone booth for nine days while flying at speeds of only 80-knots navigating around thunder storms, near hostile countries threatening to shoot you down, worrying about whether or not you have enough fuel for the trip, running on one engine to conserve fuel and on the last leg of the flight suffering rear engine failure due to an air pocket in a fuel line. As the crew lost 5,000 feet of altitude, all the while attempting to start the front engine, they could see the ocean coming up to meet them, but then the front engine roared to life, and saved these brave intrepid souls!

My husband, Al, and I were there, with thousands of other people to witness the landing of Voyager on December 23, 1986. The Voyager story is one of great emotion, courage, vision and adventure and is often referred to as "aviation's last first."