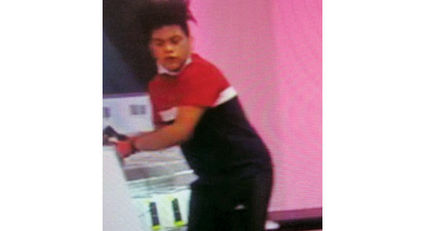 On November 29 at about 5:30 p.m., the Tehachapi Police Department received a report of a robbery that had just occurred at the T-Mobile Store located in the 1000 block of W. Valley Blvd.

Officers arrived at the location and learned that four black adult males had rushed into the store during business hours and stole several thousand dollars of property. Immediately upon entering the store, the suspects forcefully removed numerous cellular telephones from the secured displays directly in view of store employees. The suspects fled the store and were last seen running southbound through the parking lot.

Officers obtained surveillance footage of the incident and are requesting the public's assistance in identifying the suspects. The suspects are believed to have been involved in several other similar crimes throughout California.

Anyone with information regarding the incident or the identity of the suspects should contact Detective Machanic of the Tehachapi Police Department at (661) 822-2222. Anonymous tips can also be submitted online at: http://www.liveuptehachapi.com/29/Tehachapi-Police-Department.