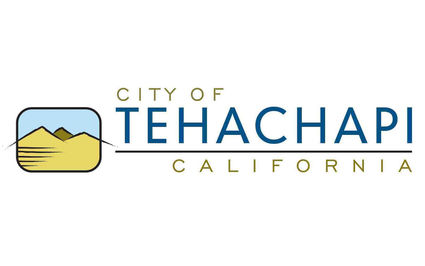 With a four to one vote at the Tehachapi City Council meeting on October 5, engineer Steve Hamblin was chosen to fill the Tehachapi Planning Commission seat vacated by Ken Wright when he moved away from the City. Hamblin will complete Wright’s term which is due to end June 30, 2021. Hamblin is the engineering manager at The Spaceship Company where he has worked since 2018. He lived in Tehachapi from 2014 to 2017 while he was Director of Engineering for ICON Aircraft. He moved his family to New Zealand in 2017 to assist in starting an aircraft company in Hamilton. He is very active in the community as a church member and civic volunteer. Hamblin was chosen over Michael Dillenbeck who was equally qualified.

Development Services Director Jay Schlosser submitted a Notice of Completion for the Summit Paving Projects located at Love’s Travel Center, in front of the Chevron Station on Tehachapi Blvd. and in Capital Hills near the Holiday Inn.

City Manager Greg Garrett told the Council that the City will be putting push-button crossing lights at two school crossings. They are located on Curry Street at Tompkins Elementary School and the crossing at the corner of Valley Blvd. and Mill Street.

Garrett said that the City of Tehachapi also received an Economic Partnership award from the CSUB/Small Business Development Center. The awards, normally announced in March, were postponed due to the COVID-19 pandemic.

The Edwards Air Force Base Air Show, which began on October 5, will consist of virtual STEM activities for school children during the week with military plane flyovers on Friday, October 9 and Saturday, October 10. The planes will be flying over Tehachapi on Friday afternoon and during the flyover the Tehachapi Airport will be closed.

The City has a new building inspector; Michael Underwood will be replacing Charles Arbaut who recently retired.

Garrett announced that the Planning Commission will be having a special public hearing on October 26 at Aspen Builders Activity Center on D Street. Social distancing and other CDC recommendations will be followed. The hearing will be for the new development called The Address to be located at the corner of Highline and Tucker Roads.