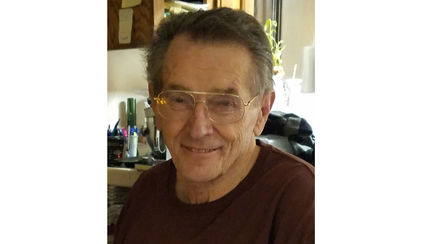 It is with great sadness that the family of John Vincent Reed announce his passing on Monday, September 21, 2020. John was loved by many, especially his family and the Stallion Springs community in Tehachapi, California.

John was born in Los Angeles on July 15, 1942 and raised in Imperial Beach. After John graduated from Mar Vista High School in 1960, he served in the United States Air Force until 1964. In 1967, John moved to Santa Paula and began working for John Hancock Insurance. He was with Hancock for 33 years. It was in Ventura that he met the love of his life, Judy (Stovall). John and Judy were married on February 19, 1971. At the time of John's passing, they were 5 months shy of their 50th wedding anniversary. Their daughter Michele was born in 1973 and their son John was born in 1976. Hancock transferred John several times and he and his family lived in Ventura, San Diego, Canoga Park and Simi Valley. John enjoyed spending time with family, hunting and fishing.

John retired in 2004 and he and Judy moved from Simi Valley to Stallion Springs. John spent his retirement years doing what he loved best, loving on his grandchildren. In retirement, John was able to babysit his grandchildren to his heart's content. Family was the most important thing to him, and when he passed he was surrounded by those who loved him.

John is preceded in death by his father, Emmett Reed, his mother, Ruby (Allen) Reed, and his brothers Emmett and Ray. John will be dearly missed by his wife Judy, his daughter and son-in-law Michele and Brandon, his son John, his grandchildren Amber, Jared, Megan, Christian and Andrew, and his sisters Stella and Willena.

In lieu of flowers, please make donations in his name to Hoffman Hospice in Bakersfield.