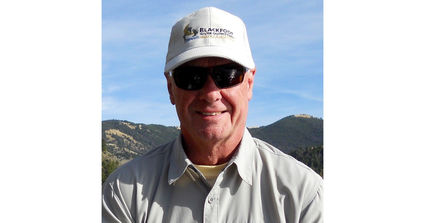 Michael D. Westbeld, 72, of Tehachapi, California, passed away on August 29, 2020 at his home after a long, hard fought battle with cancer. He was born on August 15, 1948 in Lima, Ohio to Warren and Irene Westbeld.

After Michael graduated with a degree in accounting from Miami University, he started his career with Burrough's in New York, who later transferred him to California. He continued developing his skills with Zond Wind, Enron Wind Corp., General Electric, and finally Clipper Wind, from where he ultimately retired. After retirement, he enjoyed traveling with his life partner Suzi McReynolds, sometimes for months at a time in the U.S., and then abroad.

In his early years in Ohio, Michael enjoyed many athletic activities including football, body building and being on the YMCA swim team. After his move to California, his love of the outdoors led him to body building on the beach, backpacking, day hikes, bicycling, fly fishing, golfing, landscaping and gardening. At one time he was a docent for the Malibu State Park in Malibu, California. He completed many cycling events, including the Death Ride twice, in the northeastern Sierras.

Michael was preceded in death by his parents, and sister Karen Sawchuk. Surviving to cherish his memory are his life partner of over 20 years, Suzi McReynolds; sisters, Debra (Joseph) Hauenstein and Rebecca French; many nieces and nephews; lifelong friends and relatives; and beloved feline children, Itzy and Cricket.

Celebration of Michael's life will be held privately, per his wishes. Funeral arrangements are entrusted to the care of Wood Family Funeral Service in Tehachapi. Condolences can be made online at http://www.woodmortuary.net.

In lieu of flowers, memorial contributions may be made to the American Cancer Society, The Arbor Day Foundation, Marley's Mutts Dog Rescue or the Tehachapi Humane Society.