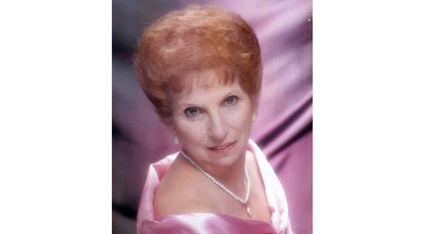 Charmaine Huetta Rush Livingston was born in Chicago, Illinois on May 20, 1932 to Hugh and Valetta Rush. She was their only child. She was a beloved wife, mother, grandmother and great-grandmother. She left this life on September 8, 2020 to be with our Heavenly Father.

Charmaine and her parents moved to Burbank, California in 1935. She met her first husband, Ronald Statt, at church when she was 18 years old. This marriage produced two children, a daughter Suzanne and a son Michael, who she raised independently. They were the joys of her life.

In 1973, Charmaine met her current husband of 44 years, Terry Livingston. The two met when she was living in Fresno, California, when she needed an electrician. Together, they raised four of Terry's five children. In 1975, the family moved to Tehachapi, California, where they would call "home" for the next 45 years.

Charmaine became a member of The Church of Jesus Christ of Latter-day Saints in March of 1978. Although late to the church, she truly felt the calling and accepted it with open arms.

One of Charmaine's favorite jobs was working for Koutroulis' department store in Tehachapi. She loved working for them for several years until the store closed. Charmaine cried when the department store closed, as they treated her like family. For 32 years, Charmaine worked at Gallery 'N' Gifts as both an artist and their treasurer. Charmaine was one of the original members that started the craft fair in Railroad Park. She continued to help organize craft fairs in Tehachapi for the next 18 years, until she decided to give up her position to focus on other interests.

A Celebration of Life will be held at a later date. In lieu of flowers, memorial contributions may be made in Charmaine's name to one of her favorite charities: Paralyzed veterans of America, Shriners Hospital or The Humane Society. Charmaine's final arrangements are entrusted to the care of Wood Family Funeral Service in Tehachapi. Condolences can be made online at http://www.woodmortuary.net. Please visit the funeral home's website for service updates, as well.