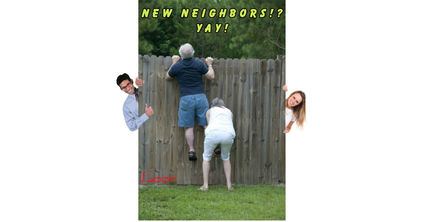 Natassia and Brandon Morgan moved to their new home in Tehachapi in February and about a month later, along with everyone else, found they were in lockdown. They had needed to move from the Antelope Valley due to health issues and Brandon had discovered Tehachapi a number of years ago when he worked on the wind turbines.

They have now been married for five years and Brandon is internet director for Nissan and Volkswagen.

While they were living in Lancaster, Natassia developed respiratory problems that was found to be caused by mold discovered in their home. As they both had family in the Antelope Valley, the (usually) clean air of Tehachapi made the mountains the perfect solution. They both love to hike and enjoy the lakes and wildlife. “I am not really a city person,” said Natassia.

Since moving to Tehachapi, Natassia has developed Morgan’s Life Essentials, making products from the old home remedies that helped her heal from the mold infection. One of the recipes that she said helped her the most was a bone broth of meat bone, apple cider vinegar and veggies among other ingredients. She said that it is called the Jewish penicillin. Her tallow products, including lip balm, are currently being sold at Brite Creek Farm, the organic farm located on Banducci near Hwy. 202. She hopes to expand her sales outlets later this year.

The Morgans love the animals that wander near their home. Natassia said that Maple, their Siberian Husky, has made friends with the local deer and elk. More elusive are their three cats, Willow, Aspen and Luca.

A big Tehachapi welcome to Natassia and Brandon. May your Tehachapi home be all you imagined.