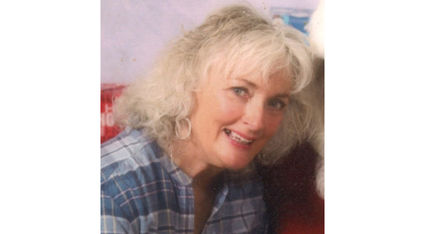 Kathleen Melendy Gilbert was born in Fallon, Nevada on March 14, 1941, to George and Halina Melendy. She is survived by her younger brother Patrick, her niece Kelly and her husband Mike Gilbert of Tehachapi. She spent the first twelve years of her life in Fallon and described a pleasant small-town life.

When she was 12, the family moved to El Sereno, where she attended Sierra Vista Grade School, then All Saints Catholic High School. Later she transferred to South Pasadena High School, where, unbeknownst to her, she attended alongside her future husband. She was in the Girls League organizing the school's social activities, while he was editor of the school paper and apparently more interested in cars at that time.

After graduation, Kathleen worked in veterinary medicine at Legoland, Sea World, and most notably at Coca Cola's Los Angeles Division. One of her fondest memories was attending the 1984 Olympics in Los Angeles. While working as an area representative for Avon, she enjoyed living in Monterey, one of her favorite spots to live in California.

In a pivotal moment in 1980, feeling life was moving too fast, she joined the Self Realization Fellowship (SRF) Church and everything changed for her. Meditation and meeting with fellow devotees brought her joy and was reflected in everything she did in later years. She and her many SRF friends spent hours working for the church at the Mount Washington Center for forty years.

She ran into her husband Mike at their 50th high school reunion in 2009, later reconnecting in 2010 at a mini-reunion. From then on, Kathleen and Mike were focused on each other, marrying April 12, 2011 at the SRF Church in Glendale. Kathleen and Mike really enjoyed each other's company while living in Tehachapi. She joined the local Rotary Club and felt at home working on Rotary projects where she endeared herself to the members with her sense of humor and close friendships.

Kathleen connected with all four of Mike's grown children with many visits at each of their homes during their marriage. She continued to stay in touch with her SRF and reunion friends via texting, calls, and frequent visits by Kathleen to the Pasadena and Encinitas area SRF Centers. Several of her devoted friends – warm, wonderful people – visited her home in Tehachapi over the years.

Funeral arrangements are entrusted to the care of Wood Family Funeral Service in Tehachapi. Condolences can be made online at http://www.woodmortuary.net.