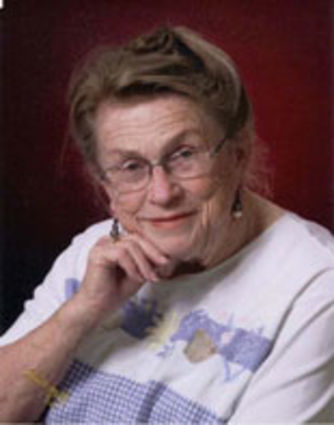 When I was a child of five or so, our family had to drive from Mojave to Lancaster to see a movie. Mojave had no theater at that time. The twenty-five miles on the old Sierra Highway was accomplished in my father's Model T Ford Truck. Since I was the youngest I sat in front with my mother and father. My two older brothers and sister sat in the back or bed of the truck. That's the way it was and no one said anything about it. The sides of the highway in certain parts of the year had underground aquifer water that seeped up. Something we'll never see again.

Through the years we would see Shirley Temple, Joe E Brown, Fred Astaire and Ginger Rogers doing their dance routines, Jean Harlow, Clark Gable, Spencer Tracy, Greta Garbo, Ronald Coleman, Douglas Fairbanks, Will Rogers, Buck Jones and many others. Each movie began with a cartoon and news reel before the main feature. Sometimes we'd watch a Popeye cartoon; something both children and adults enjoyed.

Later on, in 1935, my father bought a second hand 1928 Hupmobile sedan and the trip to Lancaster was better for those who had ridden in the back of a Model T Ford.

Getting back to Popeye. He was a sailor and the son of a retired sailor named Poop Deck Pappy. Both of them had sailed the seven seas and were seasoned military men; often referred to as "salty" which is a highly respected status.

Sometime in the '60s some "do gooder" organization decided that Popeye was too violent for children to watch. Popeye was an American hero. Not only that, millions of kids wanted to eat their spinach because it made them strong, like Popeye. The only thing Popeye did that might be considered semi-violent was to give Bluto, a bully, who needed putting in his place pretty regularly, a single punch that usually sent him into the next block.

It was hard to get Popeye riled up but finally when he'd had it, he'd say, "That's all I can stand. I can't stand no more!" The fight with Bluto began with Bluto winning and then at the last minute Popeye would pull a can of spinach from his pocket and squeeze it until it opened. No pop top cans then. He ate it and then let old Bluto have it. Self defense; what's the matter with that? Otherwise, he was as gentle as a lamb. Sort of.

Bluto was always trying to steal Popeye's girl, Olive Oyl. She was no raving beauty but love is blind, they say. Tall and slim, more like skinny with pipe cleaner-like arms and legs. She had her own apartment and she and Popeye did NOT live together. I think they were engaged. Olive Oyl used to baby sit a little foundling baby that Popeye had adopted and named Swee' Pea (Sweet Pea). Swee' Pea never grew older and was always about nine months old but was loved and cared for .

The rest of the cast in the Popeye cartoons was a free loader named Wimpy whose favorite phrase was, "I will gladly pay you Tuesday for a hamburger today." The hamburger would have been cooked at Roughhouse's Café. Roughhouse was the name of the owner of the eating establishment.

Popeye, for many years, was what all the kids wanted to imitate. He was an American hero and the kids knew that eating his spinach was what made him strong. I don't know whether spinach sales plummeted or not when Popeye was sent to oblivion. There used to be little Popeye statues about twelve inches tall that one could buy. I never had one but my brother did.

Heroes come and go. Maybe "Popeye the Sailor Man" can be found in "computer land" and is still hoping that his banishment will soon be over. He had a theme song, also but I can't sing on paper. Lucky you. I miss Popeye.

P.S., Popeye was written by E.C. Segar and patterned by Segar's acquaintance named Frank "Rocky" Fiegel, who had a "squint eye" and was called Popeye. Segar's first name was Elzie. He always left a smoking cigar in his comic strip which was in the Thimble Theatre strip beginning in 1929.