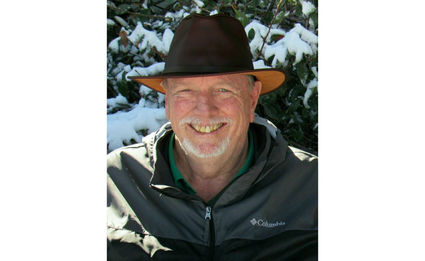 William "Bill" Smith went to be with his Lord on Aug. 2. Giant in stature, he leaves a great hole in our hearts needing to be filled. His desire would be that we fill it with Jesus.

Bill was born in Pasadena, California to parents Earl and June Smith on Aug. 24, 1947. He grew up in El Monte, California attending Gidley K-8 and Rosemead High School. From a young child he was an avid reader (reading classics and western sagas) and very active in sports. Playing in Little League, he honed skills for Pasadena City College, the University of La Verne, and eventually the California Angels AAA Pioneer League. A few highlights from his college/university days were guarding Kareem Abdul-Jabbar resulting in his little toe being broken, winning the state championship for baseball and pitching at the NAIA nationals.

After his baseball career ended, he moved to Mammoth, California where he met his beloved wife of 45 years, Linda, found his Lord and started a career in teaching. He taught/coached at Bishop Union High School and Round Valley. He then felt the Lord calling him into Christian education. He served in the capacity of administrator, teacher, counselor and friend in three Christian schools, one of which he helped found. It was this calling that led him and his family to Tehachapi. After some years he moved back into public education working at Jacobsen Jr. High and Tehachapi High School for 24 years from 1988-2012. His love for history, literature and his students permeated those years.

The greatest priority in his life was raising his six children. Nothing, except the Lord, took precedence over their well-being. He coached for the TVRPD and Little League. Miraculously, he attended nearly all of his kids' games. You could see him on the bench or in the stands enthusiastically cheering them on and at times yelling. In later years, he watched his grandchildren play and passed on his love for the game.

Bill's deep love and greatest passion was for his Lord and Savior. He wrote poetry, was on worship teams, but composing his own songs for Jesus brought him the most satisfaction. Opening his home for Bible studies off and on for 31 years, singing in Sunday school and singing to his wife, children and grandchildren on his front lawn enriched his life and all that witnessed.

Bill was very knowledgeable, possessing a high IQ, yet humble. He loved telling stories, had a dynamic quick wit, and did his very best to make people laugh. He was generous to others, sincerely cared for others and always strove to live a Christ-like life. He possessed a quiet wisdom that he passed on to his family and many others. He was a devoted husband, father and grandfather. He will be deeply missed by his family and all those who knew him and called him friend. He is now Home.

Bill will be privately laid to rest at Tehachapi Public Cemetery-Eastside. A public Celebration of Life will be announced in the near future.

Condolences to the family can be sent via Wood Family Funeral Service's online obituary page at http://www.woodmortuary.net. Please share your fond memories of him.