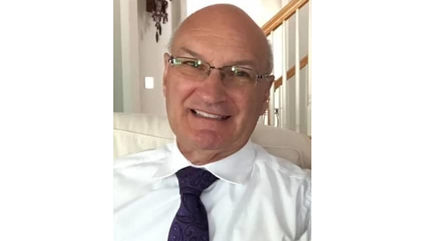 Dr. Brunner graduated in 1968 from Roosevelt High School in Kent, Ohio. Following graduation, he served as a missionary for the Church of Jesus Christ of Latter-Day Saints in the California South Mission from 1968 to 1969. Upon completing his mission, he attended Rick's College (now Brigham Young University Idaho) and then went on to National College Chiropractic School in 1975 and served as a chiropractor in Ravenna, Ohio for over 35 years.

Dean was a member of the Church of Jesus Christ of Latter-Day Saints and faithfully served in positions such as Bishop, Stake Clerk, Executive Secretary, Ward Clerk, Young Men's President, Ward Mission Leader, and Elder's Quorum President among others. He was also an Ordinance Worker for the Church and served with his wife Linda (Young) Brunner in the Louisville, Kentucky, and Los Angeles, California Temples. He also served on the local school board, served as the physician for the athletic department for several schools in the Portage County area and played an intricate part of the Rootstown Sports Boosters concession stand rebuild. Dean was the caretaker/director for the Pioneer Trail Camp in Hiram, Ohio, in which the young women of the Church of Jesus Christ of Latter-Day Saints attended. Dean was always willing to serve in the surrounding community and help those in need.

A private family service will be held on Saturday, August 15, 2020, at the Hillside Cemetery in Randolph, Ohio. Those who wish to remember Dean in a special way may make donations to the Kidney Foundation or to the American Heart Association. Condolences and memories may be shared at http://www.wood-kortright-borkoski.com.