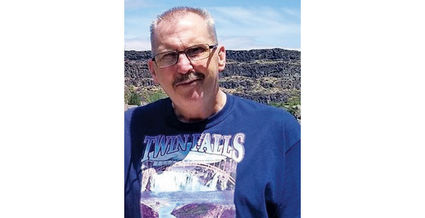 A longtime resident of Tehachapi, Del worked in the community at several local establishments over the years, including Domino's Pizza, the Hitching Post Theaters, and most recently, Walgreens. It was from his time spent with Walgreens where most of his local community will remember him. He has spent years dedicating himself to his work and making each person that he interacted with feel special.

Del was a simple man by his own recognition. He was a "work, home, and church guy." He dedicated himself to his work, his home and family, and the Lord he loved.

As a young man, Delbert battled with drug addiction, but attributed the sudden and rapid turning-around of his life to God and renewed his walk of faith. Although he was not proud of his struggles during his younger years, he never failed to use the wisdom gained from his mistakes to minister to, and positively impact those around him.

Del was a member of Summit Christian Fellowship. He was devoted to his faith and enjoyed praising the Lord and sharing the gospel through music. Del was a fantastic singer and guitar player, and proud member of the church worship team.

A memorial service will be held at a later date. In lieu of flowers, memorial contributions may be made in Del's name to Summit Christian Fellowship, 414 South Curry Street, Tehachapi, Calif. 93561. Funeral arrangements are entrusted to the care of Wood Family Funeral Service in Tehachapi. Condolences can be made online at http://www.woodmortuary.net. Please visit the funeral home's website for service updates as well.