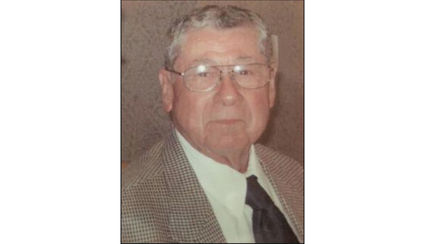 Our dad, Albert Joseph Pinheiro, joyously exited this earthly life on July 1. He is preceded in death by his beloved wife, Donna; his parents, Joe and Mary; and his older brother, Dan, who valiantly served our country during World War II, giving his life during the Battle of the Bulge.

Dad was born in April of 1929 in Bakersfield. The family often joked about his good fortune in having two birthdays; his actual birth on the 20th and the legal recording on his birth certificate on the 21st. Dad was raised on a farm at the corner of Old River Road and Panama Lane, where he experienced a Tom Sawyer life of sorts - adventure and the value of hard work.

Dad attended Lakeside Union Elementary School through 8th grade. He graduated from Kern Union High School in 1947. Our dad was a veteran, having joined the United States Army in 1948. He was part of the 82nd Infantry Division as a Radio Operator and Pathfinder, and the 11th Airborne Division as a Paratrooper. He was honorably discharged in 1952, having obtained the rank of sergeant.

In 1955, dad married Donna. They had eight children. Survivors include Debbi and Terry Moffatt; Dan and Jill Pinheiro; Rick Pinheiro and the love of his life, Stacey Perez; Margaret and Matt Ogan; Michelle Gunter; MaryAnne and Leo Scandura; Phil Pinheiro; and Teresa and Pat Ruth. Dad is also survived by his sister, Florence Berry, and his brother, George Pinheiro, and his wife, Charlotte. In addition, there are 39 grandchildren and a plethora of great-grandchildren who celebrate the life of this dear man.

Our dad worked hard to provide. We never went without. He did his best to instill faith in God, a strong work ethic, values, morals and integrity. These were the cornerstones of our life growing up. Dad was a devout Catholic, a faithful servant of God, a loving family man, a storyteller and an avid reader of Louis L'Amour. He loved to sing. Dad loved the city of Tehachapi and served as a city councilman for 12 years. He was also a patriot, raising the flag every morning before heading to work. We will miss his laugh, wisdom and unconditional love. Dad was the finest man we have ever known. We will miss him for the rest of our lives. We look forward to the day when we will see him again.