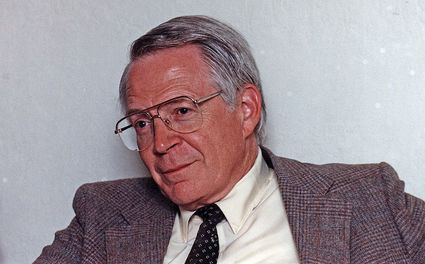 In the early hours of Thursday, June 11, Frederick Rudolph Motter, loving husband and father, passed away peacefully at age 83. He was at home surrounded by his family as he was called home to his Heavenly Father.

Fred was born on Jan. 26, 1937 in Seattle, Wash., growing up in the Green Lake area to the north of the city. As a teen Fred revealed his character as an independent, principled, hard worker. He put himself through Engineering school at the University of Washington (UW) while working full-time, supporting a young family and studying into the wee hours. He was proud of his Bachelor's degree in Electrical Engineering (1969 UW graduating class); graduating as a member of Tau Beta Pi, the National Engineering Honor Society, inducted into Washington Alpha chapter in 1967.

In his teens, Fred met the love of his life, Shirley, and they wed in August of 1957. Fred and Shirley had a daughter, Rebecca, and a son, Steve; the family grew to include grandchildren, Christopher and Samantha, and in-laws, Jan, Armando and Julia. Throughout their 62 year marriage, they loved, laughed and traveled; they remained active in the Lutheran Church and in their local community.

As a life-long learner, Fred chose to focus his engineering skills on the highly technical field of Electro-Magnetic Compatibility (EMC), so complex a field that many engineering colleagues refer to it as "magic" or an "art." Fred was active in IEEE, a global engineering organization, where he collaborated regularly with other EMC engineers in the Southern California area, and throughout the U.S. and Western World. He was a loyal and well-respected employee of Litton Guidance and Control in Woodland Hills, Calif. for nearly 30 years.

In retirement, Fred redirected his energies and focus to the Tehachapi mountain community. Settling in Bear Valley, Fred and Shirley built a custom home on three acres and started the next chapter of their lives. In true Fred fashion, he volunteered his energies into several worthy causes. Fred was an active member of the "Friends of the Depot" Tehachapi Train Museum, serving as the organization's president for two years, and enjoyed the camaraderie of the Tuesday Work Group where he formed strong and treasured friendships. Fred was an elder at Good Shepherd Lutheran Church for nearly 17 years, was active in the local Rotary, and volunteered with the local Gideons International chapter.

The altitude and clear skies of the Tehachapi Mountains supported Fred's enthusiasm for astronomy, star gazing and bird watching. Fred had a gentle and quiet strength; his hiking ability and cadence has been affectionately compared to that of a mountain goat.

Fred loved music, from Jazz to Classical, enjoyed art museums and the theater. He enjoyed the serenity and aerodynamics of kite flying (another hobby and opportunity for collecting).

Fred was a loyal participant in social organizations that allowed him to be a friend and dedicated mentor for other men; in this arena, Fred's energies and efforts had life changing (and saving) impacts on several lives.

Fred is described by friends as a deep thinker, loyal stable friend and colleague and quick with a hug and a smile. Fred was always willing to lend a hand, a true leader with a servant's heart. Fred would often give the gift of time and service as an expression of love and friendship. Fred was a devout Christian with the heart of a disciple – learning and growing spiritually over the decades of his life; he's described as a Student of the Bible, daily reading God's Word.

Fred was a loving husband, father, grandfather, brother and uncle – his extended family experienced his support, felt his love and rested confident of being well taken care of. He is profoundly missed. We look forward to the promise of connecting with him again in heaven.

The family is exploring options to safely meet with friends and family to memorialize Fred's life; in the interim, we have opened a Memorial webpage where we can virtually meet and share thoughts, stories, pictures and words of comfort. Please join us at http://www.never-gone.com/memorials/fredmotter.