DC-3 at Mojave for filming of movie "Flags of Our Fathers."

The Douglas Aircraft Company's DC-3 is probably the most famous aircraft ever built. A. E. Raymond and E. F. Burton designed this immortal plane in 1935 and over 13,000 were built.

It was first developed and built as a commercial airliner, but soon went to war with the U.S. Army Air Corps as the C-47 transport.

Douglas Aircraft had plants in Santa Monica and Long Beach working around the clock. During the peak production periods of WWII, the Douglas Aircraft Company rolled a completed, ready-for-service DC-3 off the end of their assembly line every 33 minutes! Rosie the Riveter and her fellow workers at Douglas performed 24 hours a day, seven days a week, 52 weeks a year.

Over 500,000 rivets were used to assemble the DC-3. If the rivets were laid end to end, they would cover more than three-miles in distance. The wingspan of a DC-3 is 95-feet, the fuselage measures 64-feet, 5-inches and the height is 16-feet, 11-inches.

For example, an R4D-4Q was fitted for radar countermeasures; the R4D-5E carried special electronics equipment; the R4D-5T was a navigation trainer; the R4D-5Z an executive or VIP transport and the R4D-6S was equipped for air-sea warfare training.

The photo shows an R4D parked in front of one of the original hangars at Marine Corps Air Station Mojave in the mid-1950s with a light covering of snow on the ramp. (Note MOJAVE on the tail.)

In 1942, the South Pacific Combat Air Transport Service (SCAT) was formed, and used R4Ds to carry supplies and fuel into combat zones and airlift casualties out. The routes spread from Australia to north of Bougainville. 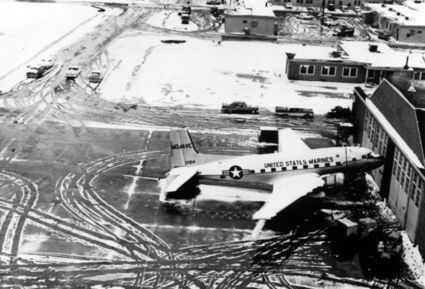 On the night of Aug. 23, 1942, 12 R4D-1's of VMJ-253, left North Island for MCAS Ewa on Oahu. They landed 15.8 hours later. That flight set a record for the longest non-stop flight of twin-engine aircraft and was recognized by the National Aeronautic Association and the Federation Aeronautique Internationale.

The workhorse of SCAT was the unglamorous R4D. SCAT crews were involved in spotting and reporting Japanese ships and aircraft on a routine basis. In one three-month period, SCAT was credited with spotting six enemy subs.

SCAT was dissolved in February 1945, but its spirit survives today in the Marine Corps KC-130 tactical transport and tanker squadrons, two of which trace their lineage to SCAT's VMJ's-152 & 253. 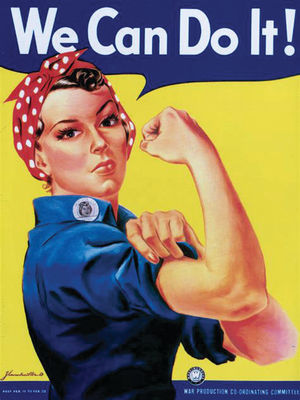