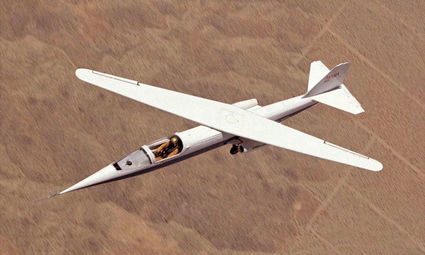 Everyone who knew Wen had heard his stories about growing up in the mid-west and how America went to the moon with incredible men who were grounded in common sense, knew how to use a slide-rule and accomplished the mission without the help of computers like we have today.

Over the years Wen was licensed in multiple fixed wing aircraft. Wen was also a licensed commercial pilot and flight instructor in gliders and single engine powered aircraft. He also obtained two Master's Degrees, from the University of Southern California, as well as from Cal-Poly San Luis Obispo. He also taught Aeronautical Engineering at Cal-Poly. He trained well over 100 students in both engine and glider certifications. One of his students was the actor Christopher Reeve (Superman) and Wen was fond of saying, "I taught Superman how to fly."

Wen Painter loved to fly and loved to talk about flying. His hero and role model as a kid was the great American patriot and fighter pilot Art Heiden. He first met Heiden in Sept. 1944 in Mills, Neb. and actually got to fly with him in April 1946 and again in 1952.

The stories you have read about young kids hanging around airports in the Midwest are true; Wen is living proof! Painter earned his private pilot's license when he was 17 by trading work at the Ainsworth Airport for the cost of flight lessons.

He graduated from Long Pine High School in 1953. Shortly thereafter Wen joined the U.S. Air Force in June of 1953. Wen loved and was proud of his service in the Air Force which was during the time when the B-47 Stratojet was flying. He was a member of the B-47 Stratojet Association. After his service in the Air Force, he attended Wichita State University, receiving his Bachelor of Science degree in Aeronautical Engineering.

He entered the U.S. Air Force just as the Korean War was drawing to a close. Painter served four years, and then earned an engineering degree from the University of Wichita, Kan. During his final year of studies, Painter met Dr. Don Kordes, who was recruiting engineers for at the NASA Flight Research Center, at Edwards Air Force Base. He joined the center's engineering staff in 1963.

At NASA, he worked on the M2-F2, HL-10 and X-24A research vehicles, known as lifting bodies. His engineering focus was on the flight control systems in the lifting bodies. He was in the control room for the first flight of the HL-10 on Dec. 22, 1966. NASA pilot Bruce Petersen was in the cockpit and found the controls weren't working correctly, as a design flaw allowed the airflow to separate from the lifting body's two 11s at positive angles of attack which eliminated the roll control. Painter talked to Petersen all the way down to landing.

The real "Six Million Dollar Man" was Wen's good friend Bruce Petersen. When Petersen was landing the M2-F2 on May 10, 1967, it began to cartwheel. Amazingly, he survived that terrible crash.

Painter was close to many of the original astronauts and all of the test pilots who flew the Lifting Bodies. Wen's son, Kent, said that when he was young they were often at Paul Manke's home, who was project pilot on the X-24B and also flew the HL-10, M2-F3, and X-24A lifting bodies. Manke made the first supersonic flight of a lifting body and the first landing of a lifting body on a hard surface runway.

The AD-1 Oblique Wing Research Aircraft was designed by Burt Rutan (Rutan Aircraft Factory) at Mojave Airport in the 1970s and first flight was Dec. 21, 1979 with pilot Thomas McMurtry, someone who is profoundly missed here at Mojave Air & Spaceport.

The AD-1 was flown 79 times, beginning with its first flight late in 1979. The wing was pivoted incrementally over the next 18 months until the full 60-degree angle was reached in mid-1981. The aircraft continued to be flown for another year, obtaining data at various speeds and wing pivot angles until the final flight in August 1982.

The final flight of the AD-1 did not occur at Dryden, however, but at the Experimental Aircraft Association's (EAA) annual exhibition at Oshkosh, Wisc., where it was flown eight times to demonstrate its unique configuration.

After retirement from NASA, Painter was an Academic Instructor, Fixed Wing at the National Test Pilot School at Mojave Airport.

He also was very active in the Explorer Scout Aviation program teaching many youth how to fly, many of the Scouts in the program went on to distinguished careers in the Air Force, NASA and as Commercial Pilots.

Painter was an active member in the Experimental Aircraft Association, Chapter 49; the Society of Flight Test Engineers and the Society of Experimental Test Pilots. Wen was a founding member of the Mojave Transportation Museum at Mojave Air & Spaceport, donating countless hours of his time to Plane Crazy Saturday, a historic aircraft display day held at Mojave on the third Saturday of each month.

Always interested in U.S. Air Force history, Painter was instrumental in bringing the B-17 "Sentimental Journey" to Mojave Airport and Wm. J. Fox Airfield in Lancaster in 2005 and 2009. He helped raise necessary funds for fuel and entertained the crew members with his enlightening stories of his aviation careers. 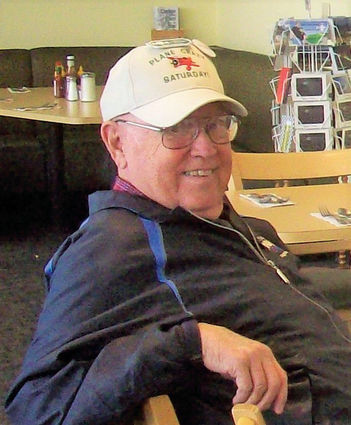 A Celebration of Life for Wen Painter and his extraordinary achievements is being planned at the Mojave Air & Spaceport later in the year so everyone can gather and retell his stories and remember his great accomplishments.