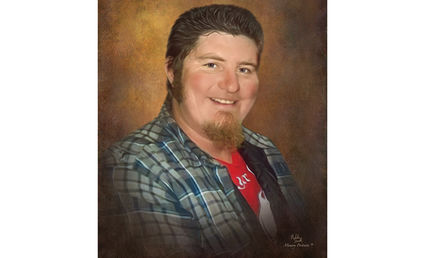 David Wayne Dallas, 36, left this world to be with our Heavenly Father on March 4, due to a motorcycle accident. David was born in Santa Maria, Calif. on Aug. 6, 1983, to Richard and Collena Dallas. He was raised primarily in Tehachapi.

Following his grandfather and father's footsteps, David became a Union Ironworker with Local 433. He graduated, top of his class, in 2013. He was very proud to be a third generation Ironworker. One project that he was most proud of was the Ivanpah Thermal Energy Plant. Constructing 450-foot high towers, being the highest in his career. He loved working with his hands, and one could easily tell with a simple handshake. Heavy cane operators often called him out by name because he could direct high stress picks with confidence and steadiness.

Besides his love for building and work, he loved people. He could walk into a room and engage everyone around him. Strong and confident always.

In 2008, he married his current wife, Samantha. They had four children who he was very proud of. Often giving them "nose kisses." He always talked about having many kids.

He enjoyed exploring with his family in his jeep, loved the water and the outdoors, and riding his Harley whenever he could. He always made sure he had a motorcycle to ride. Building and welding seemed to be in his blood. He even built power-generating windmills on his property. He was always working hard and bettering his life and that of his family.

David is survived by his mother, Collena of Tehachapi; brothers, Jack of Reno, Nev., Jonathan of Havasu, Ariz .; his children, David Anthony, 12, Richard Leland, 3, Delilah May, 2, and Daisy May, 8 months; and his wife, Samantha.

David will be laid to rest at the Tehachapi Public Cemetery, Westside. A celebration of his life will be held at a later date due to the Coronavirus shutdown. Information will be posted on Social Media.

Wood Family Funeral Service, Inc, has been entrusted with his care. For condolences, please visit woodmortuary.net.