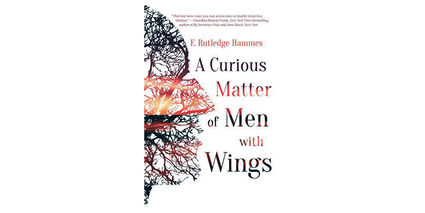 The earliest podcasts were spoken around fires and deep in caves, at the bedsides of children, and later over smoldering marshmallows while camping. Humans have always loved a good story!

The earliest of stories can be found painted on walls of caves and tombs, drawings and carvings of people, animals and nature living in harmony or colliding. There is a reason for the term “carved in stone.” Messages and stories can be kept foundationally solid for thousands of years.

Oral tradition, on the other hand, is more fluid. Through the years, a story of folklore can morph and change just as words change in a game of telephone. Do you remember playing that game as kids, whispering from ear to ear, and laughing hysterically at the changed outcome? Especially when something as benign as “moo goes the cow” changes to “boobs go pow” and other unlikely phrases.

When one listens to a storyteller recite a well-worn tale, it most probably still holds the heart of the original story, but the trimmings could have changed somewhat. A sunny day becomes gloomy night. Characters are added or subtracted, embellished or minimized. But the gist remains. The gem. The wisdom. And think of Aesop’s Tales. They are still told and revered 300 years later!

In South Carolina there thrives a tradition of stories and beliefs that came over with the traded slaves from West Africa and are alive and well today in the Gullah (African Americans who live today in the low country of such states as Georgia, Florida and South Carolina.) F. Rutledge Hammes brings one such tradition alive in his debut novel, “A Curious Matter of Men with Wings.”

Off the eastern shores of South Carolina are many islands. On one particular island lives the Warpole family ... a father, mother, two sons and a young daughter named Dew. Tragedy hits when the brothers allow their little sister to tag along in their boat, and she falls overboard into the churning waters. While the brothers jump in trying to save her, men with wings come flying down. They lift her small limp body out of the water and up into the air, high into the heavens.

These men with wings came with slaves from West Africa. They are known and accepted but never spoken about aloud. Superstition? Fear? Yet, men with wings (exceptionally tall men dressed all in black with enormous ebony wings) saving people from drowning or bringing them to heaven gave both hope and closure when sudden tragedy struck on those ocean shores.

Tradition also documents these winged men delivered messages back and forth during early slavery, serving to mend the gaps and longing between separated love ones. A mixture of fear and need fed the belief of these men and secrecy was used to protect them from an increasingly expanding world.

Some of the author’s sentences are blunt and stark, while others sing in poetic prose ... sentences worth reading a second or third time over just for the enjoyment of their beauty. That is a rare talent. But the beauty of the writing does not lessen harsh storylines. As the reader moves from the father to mother to sons sharing their griefs, their hopes, their loss, it is both exhausting and compelling, drawing you closer and closer to the end. Superstitions become as real as nature, both beautiful and awful. The human players compete with the myths, and at times, it is hard to remember what is true and what is mythical.

Every reader will not relish this story. But I can assure you that if one is willing to go page by page, you will find something. A gem, an inspiration, a realization of wisdom, a glimpse into human souls, the words confronting lives of logic and order with the wonders of the unknown. And when you get to the end, after walking their paths, you will see that the characters are not unlike yourselves, just trying to get through each day, trying to find some answers, live through some experiences and thrive on some love.

Life is not easy and as F. Rutledge Hammes shares about three quarters through the story, “Perhaps the truest courage is simply waking up the next morning.” If that is the case, we are all heroes in our own lives, right? Something to take solace in and maybe celebrate more often! May your lives be well and full and celebrated each day you wake. And of course, get up!