Friends of the Tehachapi Library 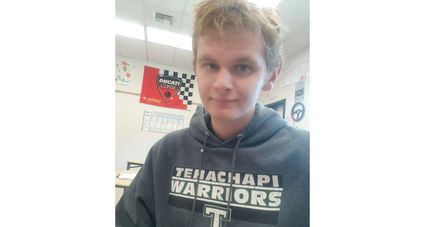 With this one sentence, hundreds of new stories are formed, borne from a sea of probability and chaos theory.

Pathfinder, for the uninitiated, is what is known as a "Tabletop Role-Playing-Game." It has it's origins in another game called "Dungeons and Dragons." Pathfinder is a game that combines creative thinking, character acting, complex calculations and the chaotic spirit of random chance. The game is normally played with a small group. At the head of the table, sits the "Game Master." (GM) He or she functions as the Storyteller, Narrator and the "Adjudicator of the Rules." Everything in the game is controlled by this individual, except, importantly, for the players themselves. The players act as custom-made characters who represent that person in the world of the game. Each player takes on their characters personalities, strengths, idiosyncrasies and flaws. They speak in their characters voices, wield their weapons and represent the many sides of the human, and non-human, elemental archetypes.

The beauty of playing a game such as Pathfinders, of building a character, of being assigned a class, is that it will often "mirror" much of what we ourselves, cannot see, about ourselves. A players' character will often have elements of themselves that show through as they begin to play. Looking inside ourselves, recognizing our own attributes, our own strengths, our weaknesses, the energy we project ... these abilities are not yet developed as young people. We are not taught to recognize or typically, be empowered to utilize these innate characteristics or archetypal behaviors, or encouraged to act upon them even if we do. In playing a game such as Pathfinders, in the playing of various roles, we get to explore our multifaceted selves, to see where our basic instincts lie, to see which path we might take on our own, while witnessing how circumstance and big and small events (like the move of one other player), can shape our experiences. We can see how bold moves we may be afraid to make or charisma we may not possess, can change outcomes, all in the safety of being around a table with friends who are also exploring that multidimensional world. It is a creative way to witness how life can mold us, to make us, or break us, to mature into our adult selves, to learn right from wrong, to Become.

–Jack Clarke is a senior at Tehachapi High School and volunteers as the Game Master for the Library's Pathfinder groups.