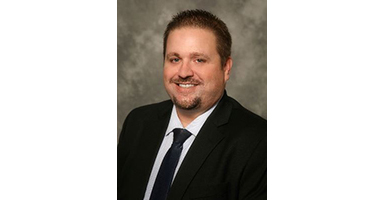 There has not been a shortage of investments from the owners of TK Pizza & Pasta, the local Tehachapi favorite since the business was purchased by Tyler and Wesley Shryock in 2013. Located at 640 W. Tehachapi Boulevard adjacent to the former Kmart building, the investments continue, despite the anchor tenant closing up shop a few months ago.

Since taking ownership of the business in 2013, the Shryocks have transformed the once-struggling Tehachapi restaurant into the pizza and craft beer powerhouse it is today. That journey began with the business purchase in 2013, an expansion into a second suite in 2016, the purchase of the building in 2019 and now with the building under their control, TK Pizza is expanding once again.

This time it's a new 980 square-foot patio area that will include fire pits, room for games, standing tables and a few more surprises to make outdoor dining a realty in the favorable weather months.

"It's the next step for us," said owner Tyler Shryock. "The community has supported the business very well so we wanted to give something in return."

There are also plans to replace parking lot lighting once under the control of Kmart, so TKs patrons can continue to have well-illuminated places to park.

Shryock adds that the patio will be pet-friendly and will help ease the overcrowding at the popular destination, create a unique environment for enjoying the surroundings, increase the value of the business and the building all while proving the shopping center is still valuable in the absence of the large neighbor.

"At the end of the day we have to do what's best for us and the community," Shryock said. "We hope by investing in our building and appearance we will help attract another tenant in there and that helps us all."

With more room for special events, their well-attended "tap-takeovers" from craft breweries and some extra space for more patrons and guests, the new TK Pizza & Pasta patio continues to help write the story of local business success in Tehachapi. Since the revitalization of the brand under the Shryock's ownership, TK Pizza is a small-business that has made a name for itself in Tehachapi and with a dedicated following of customers who stop in during their visits to the area.

Three new restaurant offerings are in the various stages of processing for the City of Tehachapi as the 2020 calendar year started off with a bang.

At the Jan. 13 Planning Commission meeting an investment group received approval for a 6,005 square-foot retail center in Capital Hills just off the Mill Street exit. This center will be anchored by a third Starbucks location and the second with a drive thru in Tehachapi. It will rely heavily on the visibility from Highway 58 as well as the Adventist Health Tehachapi Valley Hospital, Holiday Inn Express and when it is opened in 2021, the TownePlace Suites by Marriott which recently started construction.

After weeks of speculation, the owners of Tacos El Superior, a restaurant group out of Lancaster, announced the close of escrow on what was the Dunkin' Donuts building on Tucker Road just south of Walmart. The facility is still pending some modifications for a full kitchen and approval by the planning commission but the fast casual eatery is hoping to open sometime in the spring. Tacos El Superior is currently recruiting several positions including restaurant general manager, cooks and front counter staff.

After years of working with the City of Tehachapi, Panda Express Restaurant Group submitted plans that were approved on Feb. 10 by the Planning Commission to build a 3,000 square foot drive thru restaurant on the northwest corner of the Walmart parking lot. Panda Express has had interest in the City of Tehachapi for years and was awaiting for one or two major commercial developments to be constructed before selecting their site. They are hoping to be open in November of this year.

The balance of businesses coming to the City of Tehachapi shows both the corporate interests such as Starbucks and Panda Express, but also the small business influence like Tacos El Superior, a small brand that is joining others and expanding operations in Tehachapi.