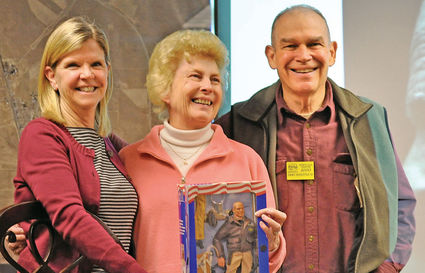 I received an email from my son, Mark, recently: "Hey Mom, I had no idea that Jimmy Doolittle did so many things in regards to aviation.  I knew that he was responsible for the development of aviation fuel, but he also created the most important instruments for IFR (instrument flight rules) flying."

Mark said, "I found a comment on Reddit that goes like this: 'He's famous for leading the Doolittle Raid, but a lot of people aren't aware of his contributions to aviation.

"'It's impossible to fly in the clouds with your vestibular senses alone. Without looking at the ground, you can become disoriented (vertigo) and put the plane into a dangerous position and crash. Doolittle realized that to really achieve full freedom of flight a method of safely flying in the clouds was needed. He developed the artificial horizon and directional gyroscope, still used by pilots today. In 1929, he was the first person to take off, fly, and land a plane using only instruments, without view from outside the cockpit.

"'This is one of the most underrated things that helped make air travel possible. So next time your flight takes off on an rainy, overcast day, you can thank Jimmy Doolittle.'"

I replied to Mark that I did know about Doolittle's accomplishments in designing instruments to fly in clouds because I read his granddaughter's book.

In March 2011, Jonna Hoppes and her cousin, Jimmy Doolittle III spoke at Plane Crazy Saturday. "He was best known for leading the Tokyo Raid," said Hoppes. "But the raid was not what he felt was his most important achievement. He firmly believed that his experiments, especially in blind flight, were his greatest contributions to aviation."

I even have a Gen. Jimmy Doolittle doll that I brought to Plane Crazy when Jonna spoke.

Jonna Doolittle Hoppes wrote the book "Calculated Risk: The Extraordinary Life of Jimmy Doolittle," about her famous grandfather and the daring raid on Japan.

Jonna said that her grandfather was blessed with an analytical mind and most of his so-called "stunts" were the result of careful study and planning. He was the master of the calculated risk.

There were those who claim that the Tokyo Raid was a suicide mission. This is not true. Although it was dangerous, the planning and execution of the raid were based on calculation and study. Every man on that mission had reason to believe that he had a good chance of returning home safely. The Tokyo Raid was a calculated risk.

She often explains that during the filming of the movie Pearl Harbor, the Doolittle family became involved to make sure the portrayal of Gen. Doolittle was correct. At first the production company had him using a lot of swear words and being rather obnoxious, but fortunately the Disney Production Company allowed the family to give some clear description of his true character and personality.

The spotlight was placed onto the surviving members of the Doolittle Raiders after the movie Pearl Harbor was released and Hoppes constantly traveled with them. The last Raider, Richard "Dick" Cole (Doolittle's co-pilot) passed away at the age of 103 on April 9, 2018.

On April 18, 1942, Jimmy Doolittle led the Tokyo Raid from the aircraft carrier USS Hornet (CV-8). It was America's first strike against Japan and was credited with changing the course of World War II. Although best known for the raid, Doolittle's contributions to aviation had an even greater impact on history. He was a scientist with a doctorate in Aeronautical Engineering from MIT, an aviation pioneer, a barnstormer well known for aerobatics, a popular racing pilot and a four-star general, USAAC (U.S. Army Air Corps). 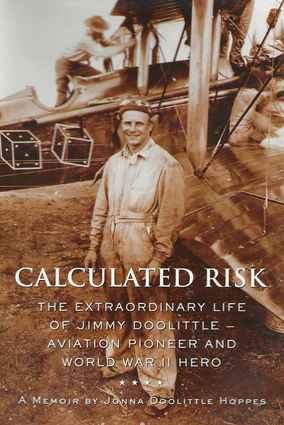 A packed room enjoyed stepping back into history with the Doolittle family. Jonna Hoppes reminded everyone that they have a story to tell and encouraged each person in the room to write down their own history, so family members would have knowledge of their accomplishments and realize that every life has a purpose. "If we don't capture history, if we don't write it down, it's lost forever," Hoppes said.

The history of each individual family is important. Teach your children and grand-children to respect and cherish the gifts that each person in the family has and the accomplishments of each family member. I agree with Jonna, every life does has a purpose!