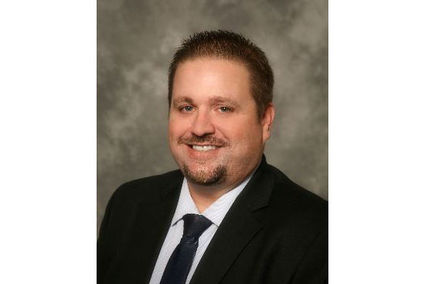 As 2020 begins, 2019 left a lasting impression on the local economy

In 2019 the City of Tehachapi experienced incredible economic growth. New businesses, expanded retail opportunities and private reinvestment into Downtown have set the stage for another great year in 2020. Here's a look at some of the highlights from 2019 in our local economy.

Adventist Health sparks health care growth in the City of Tehachapi. Expanded hospital offerings in 2019 meant more employees in the health care industry and more services for Tehachapi residents. 2019 was the first full-year of operation for the new facility in Capital Hills. Since Adventist Health Tehachapi Valley opened, Dignity Health has opened a new clinic, and Kaiser Permanente and Omni Family Health have added physicians and other services for local patients, cutting down on necessary trips outside of the area. Tehachapi is contributing to health care which is the fastest growing job sector in Kern County.

More Grand Openings. 12 local businesses celebrated grand openings in the City of Tehachapi in 2019 through the Greater Tehachapi Chamber of Commerce. There were a few others that opened but didn't have an official grand opening ceremony. Some of the notable grand openings included Walmart, Cricket Wireless, World Wind and Solar and the Tehachapi Academy of Dramatic Arts.

Private downtown reinvestment flourishes. 2019 saw the renovation or continued renovation of a variety of downtown buildings including World Wind and Solar at 228 W. Tehachapi Blvd. and Lucky's Barbershop and TADA at the corner of Green and E. Streets. The former Moose Lodge at the corner of Curry and F. Street, as well as the former St. Vincent de Paul thrift store, were purchased in 2019 and are currently being renovated. In the next 12 months those projects, along with the Stray Leaves wine tasting room at the corner of Green and Tehachapi Blvd., will be completed and open to the public.

Walmart opens, brings jobs and additional investment. After 13 months of construction, Tehachapi's Walmart opened in August quickly proving the pent-up demand for retail with a very successful grand opening and corresponding months of business. The parcel also includes several out-lot developments, one of which was purchased by Kern Schools Federal Credit Union which will begin construction shortly on a new Tehachapi branch. Panda Express has also submitted plans for a restaurant that will front Tucker Road in the northwest corner of the Walmart property.

Local landmark returns to former glory. After operating for only special events, Kelcy's Restaurant reopened to full-time business hours in 2019. The restaurant has a long history in Tehachapi as seen by the photos adorning its walls. Kelcy's is open for breakfast and lunch daily from 7 a.m. to 3 p.m. and is once again a popular spot for locals and visitors to Tehachapi.

Education expands. Cerro Coso Community College added a variety of course offerings at their Tehachapi campus which has been recognized as the fastest growing campus in Cerro Coso's territory. The campus also physically expanded, leasing additional classroom space from the Tehachapi Unified School District at the Tehachapi Education Center on Snyder Ave. The campus is also slated to operate its first police academy in 2020.

Public Safety Power Shutoffs bring new wrinkle to doing business. The City of Tehachapi and surrounding communities were without power on a few occasions in the month of October as a result of Southern California Edison's PSPS protocol. The public safety move, meant to prevent wildfires, does cause concern for small business owners due to lost revenue and backup power costs. These events are expected to be commonplace as the local power grid is updated and will be something businesses will need to budget and prepare for annually. The City of Tehachapi continues to work with SCE for solutions to reduce the economic impact in the area as much as possible.

Marriott starts construction. Towneplace Suites by Marriott started construction on a new $6.5 million 82-room hotel in Capital Hills. The hotel is the first extended-stay facility and becomes the sixth full-service hotel offering in the City of Tehachapi. It is expected to open in the Spring of 2021.

The economic development, community relations and Tehachapi Police Department partnered with community volunteers to launch the Tehachapi Neighborhood Improvement Project. The target neighborhood on the north side of the railroad tracks between Green and Mojave Streets saw significant reinvestment following the launch of the project and two community service cleanup days.

The City issued 11 building permits valuing $91,000 from home and property owners in the focus neighborhood that includes the months of July through November 2019. By comparison, there were only seven permits totaling $31,800 in value issued in that neighborhood for the entire 2018 calendar year. The move towards aesthetics, public safety, neighborhood watch and an elimination of public nuisances has created a desire for improvement and our residential building permits support that theory.

Additionally, in real estate, the sales price for these modest homes have increased 33.5 percent since the beginning of the Neighborhood Improvement Project compared to the same time frame in the prior year. According to the Tehachapi Area Association of Realtors, there have been three home sales during the project's timeline with the average sales price of $187,000, compared to two sales during the entire calendar year of 2018 which fetched an average price of just $140,000. With smaller homes the price per square foot has also increased with the post-neighborhood improvement project price increasing to $173.24, compared to $135.57 the entire prior year.

The start of this project also created a subset #lovetehachapi group of community volunteers that now give of their time, energy and resources to help improve the City and surrounding community.

Another year of new business in the books

For the third-straight year over 100 new business tax certificates (business licenses) were filed in the City of Tehachapi. This includes new physical locations as well as contractors, small and home-based businesses.

While the landscape of business in 2019 took new shape with the opening of major retail, plus a major renovation in Downtown, 2020 promises to propel that momentum to a new level and look.

2020 will see a renaissance in multiple areas including Downtown, where three renovation projects will be completed. One of which, known as "Village Co." will bring co-working, office suites and other services back Downtown, making it a vibrant location to foster new business, networking and ideas. Coupled with the new wine tasting options and event spaces, Downtown Tehachapi will see new life and economic vitality.

Not to be lost is the continued corporate investment as well. Towneplace Suites by Marriott, Panda Express, Kern Schools Federal Credit Union and a few other soon-to-be-released projects will prove Tehachapi's uncanny ability to support both large and small businesses while creating local jobs, supporting tourism and maintaining the look and feel that makes Tehachapi a unique community.