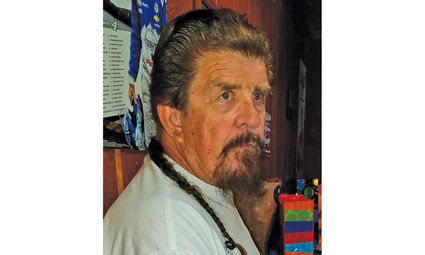 Richard Wayne Dallas, age 64, left our world to be with our Heavenly Father on December 30, 2019. Rick was a big, tough guy with a giving heart. With his loving wife of forty years by his side, he fought a courageous battle against cancer. He will be greatly missed by family and friends. Rick was born in Lancaster in 1955, and grew up in Santa Maria, graduating from Santa Maria High School in 1973. Following in the footsteps of his father, Richard Ellis Dallas, he became an ironworker. He and his father were both members of Union Ironworkers #433, Los Angeles/Las Vegas for 43 years. He was proud when his sons, David and Jonathan, became ironworkers, too, continuing the trade for three generations. Richard instilled his strong work ethic in his sons. He became "Dad" to many friends of his boys, and to his daughters-in-law. His proudest accomplishment was raising his three sons, and his greatest joy was spending time with his seven grandchildren.

He is survived by his wife Collena, son Jack and daughters Kora and Leanna, of Reno, NV, son David (Samantha) and their children David, Richard, Delilah and Daisy of Tehachapi, Calif., and son Jonathan (Monique), and their son Weston of Lake Havasu, Ariz. He is also survived by his sisters Carolyn White (Rodney) of Alva, Fla. and Sally Coons (Dennis) of Paso Robles, Calif. A Celebration of Life will be held at the First Baptist Church of California City, 8770 Lupine Loop Dr., California City on January 18, 2020 at noon.

Wood Family Funeral Service was entrusted with his care.