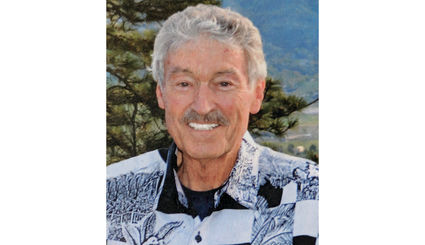 It is with great sadness that we announce the passing of Terry Brady D.C., on Saturday, Dec. 28, 2019. Tehachapi and the world has lost a bright and shining light.

Terry was born in Melbourne, Australia. He was the youngest child of Maurice and Connie Brady, following brothers Allan (deceased) and Graeme, still living in Australia. In his younger years he was a fruit farmer working on his father's orchards in Cobram, Victoria. He decided to attend Chiropractic College upon the insistence of his brother Allan, who attended three years prior and found it so interesting and exciting. Terry couldn't resist.

He came to America, stopping in Los Angeles and staying at the Biltmore Hotel (only the best for Terry), on his way to Davenport, Iowa, where he attended Palmer Chiropractic College for four years. After which he swore he would never again live in Iowa in the wintertime. He married Susan Liedtke at Holy Cross Lutheran Church in Davenport and returned to Australia to begin his career and start his family-a son Jason and a daughter Kathryn. They returned to the US a few years later in order to preserve their children's dual citizenship which was required at the time. He began his American career, practising in several cities, finally settling in San Luis Obispo where he successfully practiced for 11 years.

In 1989 Terry relocated to the Los Angeles area following his divorce from Susan after 17 years of marriage. It was while working in Bellflower, filling in for an old college chum, also from Australia, that he met Rhonda Pardue. Terry and Rhonda had 30 great years together, traveling around the world, including Australia, London, England, his ancestral home in Ireland, and the beautiful City of Lights, Paris, France.

Terry and Rhonda moved to Tehachapi in 2006, wanting to relocate out of the Los Angeles madness. Terry retired for a year, wearing jeans and a plaid flannel shirt, having bought a chain saw, thinking he was going to become a farmer once again. In 2007, he began working for Todd Sabo, DC, in Old Town at Innate Chiropractic. (Erroneously known as Inmate Chiropractic due to the proximity of the prison.) Dr. Sabo relocated, sold the practice to Terry, and Terry began his second career serving the citizens of Tehachapi, who he loved dearly, and they loved him in return. Terry knew a little bit about everything, engaging his patients in any conversation about which they were passionate.

Some things that most people may not know about Terry. He had a staggering necktie collection which he abandoned wearing once he relocated to Tehachapi. He had beautiful lightweight wool suits and only wore one in Tehachapi to a Rotary Halloween party as "His Former Self." He had beautiful slip-on shoes, (always slip on) and was known for watching a good movie or show while "resting his eyes." "Star Trek" was always a favorite.

Terry was a long-time Rotarian, having joined in Australia at age 29, and belonging to many clubs over the years as he moved from place to place. He was club president in the Lakewood, Calif. club, as well as the Tehachapi club.

Terry has left behind his wife Rhonda, his children, Jason and Kathryn, along with their mother Susan, brother Graeme , grandchildren Matilda and Cormac Tellez, Rhonda's children, Tracy Watier and Michael Pardue, grandchildren Katelyn Courange, Michael and Nicholas Pardue, Matthew and Emerson Keels, office-wife Cathy Criger, and best-mate Vic Martin, many nieces and nephews around the world, and as many close friends. He LOVED his children and grandchildren with all of his heart.