A concert to raise your spirits 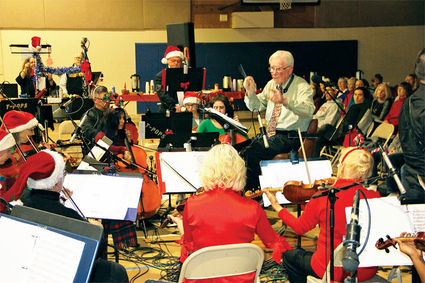 The Whiting Center in Bear Valley Springs filled with holiday music on Sunday, Dec. 8, as the BVS Cultural Arts Association hosted the 10th annual TPops concert. We were blessed with decent weather-only rain, as opposed to the snow that disrupted Thanksgiving for so many. 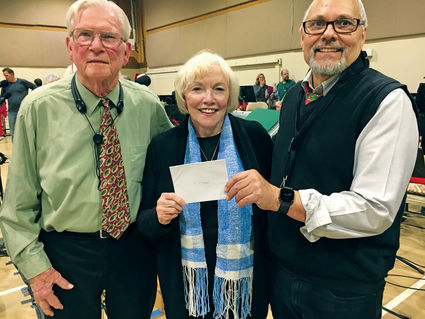 This year, well-known local musician, Jim Peck, conducted the orchestra. It opened with a medley of popular Christmas songs. A sing-a-long with Christina Scrivner and Christian Walker led us into such favorites as "Rudolph the Red-Nosed Reindeer" and "Frosty the Snowman." In the second half of the concert, we became more serious, but only after Phil Howard of Saxx to the Maxx led an arrangement of "Santa Claus is coming to Town." Aubrey McDonald, a soloist, gave a beautiful Rendition of a Hanukkah favorite, "Rock of Ages."

Christina and Christian also led a song-a-long of Christmas carols such as "Joy to the World," "Hark the Herald Angels Sing" and "Silent Night." The concert ended with a resounding rendition of "Sarajevo," followed by a prolonged standing ovation.

The Cultural Arts Association traditionally supports the TPops Orchestra with a check, and this year, our outgoing President, Charlene LaClaire, presented a $1,000 check to Phil Howard, the orchestra secretary-treasurer. The club thanks the Tehachapi Pops Orchestra for the performance each year, and hopes to continue the tradition.