The Saga of the Lone Cow Alongside Highway 58 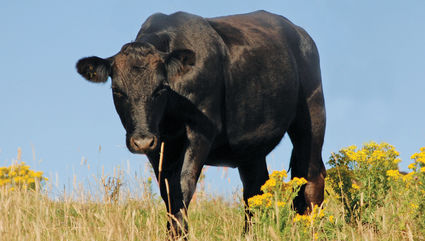 About 15 years ago, commuters started noticing a black cow by herself in the big pasture east of town, between Highway 58 and Lehigh Cement plant at Monolith. The cow came to more people's attention when a reader wrote a letter that appeared in the Tehachapi News criticizing Kern County Animal Control officers for failing to respond to complaints about the cow's welfare. The letter writer felt that the cow should be provided with protection from the elements and took Animal Control to task for not doing anything to assist the solitary bovine. The following week, a couple who volunteered at the Animal Control Shelter in Mojave wrote in defense of local Animal Control officers and suggested that the cow was simply pastured by itself with adequate food and water. The next week, the original letter writer wrote again, berating the couple and again urging that something be done for the cow, to provide food, water, shelter and salt. More letters followed, arguing about whether cattle need shelter in the West, and the controversy continued week after week.

I contacted Dick and Debbie Douglas Hay, who had the grazing lease at that time, to see what the story was. Dick explained: "That cow was one of 80 cows and calves that belonged to an elderly rancher in Sandy Valley, in the Mojave Desert near the Nevada border. He got sick and was unable to care for his stock and they got emaciated – they were the most pathetic-looking animals we'd ever seen – so we brought them up here to gain some weight back so that they could be sold. The cattle put weight back on and improved to the point that they could be sold, so we rounded 'em up.

That one cow got missed – she was locoed from eating too much loco weed and was a little crazy. She was probably laying down in a ditch and got overlooked. Then bad weather set in and we weren't able to rope her and get her in a stock trailer. That cow is at least 10 years old and she's in better shape than she's ever been in her life. Those cattle thought they'd died and gone to heaven when we took them from the desert to Tehachapi. She's out there on 1,000 acres of pasture with plenty of food and water, plus we dumped some hay for her in a sheltered area over by Monroe School. As for salt, men used to mine salt out of that lake bed – it's in the soil and the grass. We've put out salt blocks for the cattle and they won't eat it. They're getting all they need."

The Hays later added a few head of their own cattle with the wild black one, and she finally socialized with them and the Hays went to round them all up. The black cow was uncooperative as usual, according to Debbie: "She was at the east end of the pasture near Sand Canyon, and when she saw the stock trailer she charged back to the west. We have some sheep out there and she scattered them and made the sheepherder nervous, but we finally managed to get her loaded." Thus ended the long-running, contentious saga of the lone black cow. 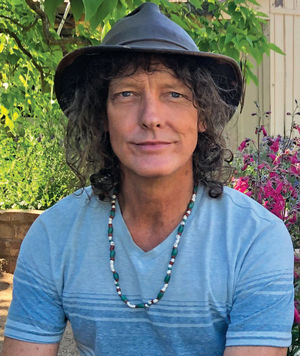