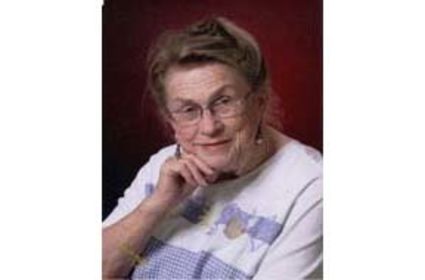 In 1950, when I began living in the Southland, it was, and still is, 200 miles from Oceanside, Calif. to Tehachapi, and if I had a dollar for every time I have made the trip I would have a comfortable amount.

At first, our trips consisted of getting into my husband's 1947 Buick Roadmaster and taking off. It was a lovely car, one that he acquired during his bachelor days while still an enlisted man in the Corps. Highway 101, between the two points, at that time, was a three lane affair. The middle lane was quaintly called a passing lane. Both cars in that passing lane, which was aptly termed by those traveling it was the "suicide lane," which extended the right-of-way to cars traveling both north or south. The accident rate was high and I don't remember when the State of California realized they'd better remedy the situation but they finally did. I wonder what genius thought that one up.

I mention the Buick because it was a grand, shiny black auto, nor did General Motors spare the chrome. It was the top of the line. However, the staff car of General Erskine, of Camp Pendleton, was also a 1947 Buick and also black. Many times, when my spouse would approach Camp Pendleton's Main Gate, he would be waved through with a snappy salute. The sentry mistakenly thought it was General Erskine approaching instead of a lowly enlisted man. Something to give the boys a laugh back at the barracks.

It used to take the two of us only ten or so minutes to decide to go somewhere for the weekend and we were off! As the children began to arrive, a trip had to be planned more carefully and diapers, bottles, blankets, car seats, coats (cold at Grandma's house), night clothes and day clothes had to be packed. It took several days planning but we still headed towards my parents' home here in town on F and Curry Streets.

When our family consisted of just two little boys, we would leave our Southland home at about four in the morning. We'd just pick up the little boys in their pajamas and they agreeably fell asleep again in the back seat. No car seat or seat belt regulations, actually not even any seat belts. That doesn't make it good, it's just the way it was. I always cautioned the children, "Don't touch the door handles!" At about 7:30 a.m. we'd hit Tehachapi and my mother would have breakfast ready for us. Throughout the years my father would always ask his grandchildren if they'd had a good time visiting. They, of course, said yes and he would say, "That's good. I want you to always remember having a good time when you come here."

We still traveled with all six children in later years. It was a bit more complicated. Often the two older boys would be in front with Dad and I would be in the back seat acting as a referee of sorts. I read to the group as we traveled and that was a big help. I don't know if Dad (my husband) listened or if he just thought his own thoughts. There was a time, though, in New Mexico on the way to visit his family in Iowa that told where his thoughts had been on that particular day. The kids read every sign we passed and one said, "Indian Joe's Trading Post ten miles." We all agreed, that would be a good place to stop. There were beads, arrowheads, refreshments and lots more. "Five miles to Indian Joe's!" they echoed." "One mile!" "One hundred yards to Indian Joe's!" Suddenly, my husband changed lanes and we sailed past Indian Joe's! The chorus of objections disturbed him from his reverie and he said, "Did you want to stop there?" He never lived it down.

My husband would stop for gas (restrooms included in that stop) and food if it were a long trip. He figured that one could just as easily see the scenery as we passed on the highway rather than stopping at various sight-seeing areas. There were times, of course, when "wifey" encouraged stopping at points of interest and we'd stop. Usually though he was a marathon driver and could just keep going.

We always enjoyed our family trips and the mood was usually light-hearted (usually). There was much scenery to see and we played word games like 20 questions, etc. We never sang, though. I guess they were afraid I'd start and never stop!

After the children were grown we were back to just the two of us taking trips together and I would sometimes accompany him to Camp Perry, Ohio, on the shores of Lake Erie. This is the site of the annual National Rifle and Pistol Match Competition during late summer. My husband was a distinguished rifle and pistol shot and had traveled with the Marine Corps Rifle Team when on active duty. Camp Perry had a big club-like atmosphere and people came from all over the U.S. and also other countries. The camaraderie was something to behold. His active duty time took him there but retirement kept him going also. When I would go, I think I sort of cramped his style but he never said so. He could sit around after the matches and tell "tales of the Old Corps" with great gusto. When I was there he was always afraid I might add, "That's not the way it happened!" I didn't though. We still had a great time and I tried to keep my opinions to myself.

Recalling the "marathon" driver, I remember our coming down Highway 35 towards Oklahoma City, just the two of us. I said, "Turn here at Guthrie so we can go to Kingfisher, Oklahoma."

In a shocked tone he replied, "WHAT FOR?" (Veering off the main highway?)

I said, "I want to see the Chisolm Train Museum in that town." He turned and we had a grand time looking at the Old West artifacts. He loved looking at old firearms that drew up many memories. Just took a little coaxing. They had one antique that I related to immediately: a telephone switchboard exactly like the one Tehachapi had before the earthquake. I was able to give the Museum Docent a few pointers for she didn't know how it worked.

The children remember those family trips with fond memories and so do I.