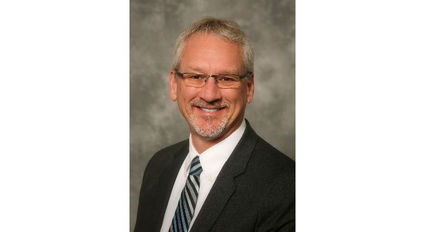 The City of Tehachapi received electrical power in 1915 when the municipal lighting system went into place. Sooner than many neighbors due to our proximity to the Monolith Cement Plant which was making the cement for the nearby Los Angeles Aqueduct project, as a result we received electricity.

Since 1915, even during the rudimentary stages, I can't recall a downed power line starting a wild fire, and that's both in the City and in the surrounding community. The wind has blown in Tehachapi since the beginning of time. Our infrastructure was prepared for that or at least we were led to believe.

Recently the City of Tehachapi and the surrounding unincorporated communities were literally left in the dark by Southern California Edison, whose failed maintenance of our electrical grid has led them to create a third world solution for a first world problem – they simply cut the power. Although required to notify residents, SCE has "flipped the switch" whenever they feel like there is a "weather event" as determined by an SCE-paid in-house meteorologist who is based in Southern California and has probably never been to Tehachapi. The same is true for the incident commander who makes the final call to de-energize circuits. They are hundreds of miles from Tehachapi and are turning off power with little to no notice. Talk about a God-complex.

So here we are in 2019 living in a third-world state wondering if we'll have power today or not, whether there will be work for employees, whether we will be able to buy groceries and basic staples of life. California, its utilities like PG&E and SCE have successfully created third world chaos which is failing the residents and they don't care. Homelessness is out of control, brought on by the decriminalization of many drug offenses, roads are crumbling, the power grid is unreliable and taxes are incredibly high, but just like the sinking Titanic, the band plays on.

If you were ever wondering what it was like to live in a dictatorship, we're experiencing that first hand. A governor who refuses to listen to voters going against their wishes on issues such as the death penalty and more recently the gas tax fund where after his party managed to trick voters to keep the gas-tax, promising it would be kept for road repair only, by executive order he has raided that fund for more special projects not related to your driving habits.

You have heard me mention this before about "fighting Sacramento everyday" but we've really taken the gloves off this time around. Last week was the perfect example. After several SCE de-energizations of circuits, many without notice, a fire started in Stallion Springs because of a generator. Then when they started evacuations they wanted to send them to the City, who had no services for them because our power was shut off. This is the rationale we get to deal with as a local government from our Governor and our poorly-managed utilities like SCE. Someone needs to take a leadership role, because what they have going now isn't working. Smart people come up with smart solutions and simply cutting power due to poor planning and a "profits-over-people" approach is not smart or, let's just call it what it is, stupid.

We live in a time of quantum computing, endless breakthroughs in medical, technology and the science fields, yet we've allowed a few people with poor management skills to set us back 100 years. Locally, we've managed the issue. From the City standpoint we were prepared with generators to ensure the water and wastewater systems, police communications, dispatch and public safety continued with business as normal. We created partnerships to ensure success during an event like this. We're solutions-minded and focused on the needs of our community; I wish SCE would take note.

Instead they allow us to live in limbo not knowing if we'll get to enjoy modern life today or deal with major economic harm tomorrow when SCE decides from a land far away what's "best for Tehachapi" and best for their bottom line. It's a game the citizens are sick of playing.

According to the World Bank, in 2013 Pakistan experienced an average of 75 power outages per month, the most in the world. The state of California surpassed that number in the month of October, meaning not only does California feel like a third-world country, but thanks to the likes of Governor Newsom and SCE we've become one.