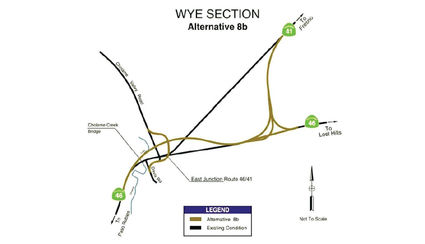 At the Nov. 4 City Council meeting, Councilman Phil Smith requested that the City of Tehachapi send a letter of support for three highway projects Smith feels are critical safety and congestions relief projects in the Central Valley.

Caltrans has recommended that funding for these projects be retracted and diverted to the high-speed rail.

The first project is the Tulare City Widening of Highway 99. Smith said that Highway 99 is one of the most dangerous highways in the nation and to abandon the project would put San Joaquin Valley lives at risk.

The second is the Highway 99 South Madera Six Lane Widening project. This project would eliminate a current bottleneck by adding two lanes making that section of highway safer and reduce the number of accidents.

The third project is the widening of SR46 between Lost Hills and Paso Robles, the Antelope Grade and the SR41/46 Wye. According to Smith, "the corridor is one of the most critical east/west links in the state's transportation network." He added that it is also key to national security as it connects the Central Coast military installations to the rest of the nation.

The City Council unanimously approved a letter to Caltrans in support of the completion of these projects and asking that these items not be deleted from the 2020 Inter-regional Transportation Program.