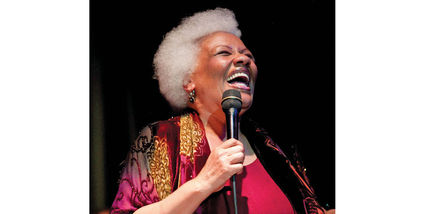 By now, most of Tehachapi has heard about Milo and Layla's Soup Kitchen operating at The Shed, 333 E. Tehachapi Blvd., on Sunday afternoons starting at 3 p.m. This labor of love came out of questions asked of Mano Lujan, owner of Red House BBQ, by his children Milo and Layla. They wanted to know where the extra food and vegetables went from Red House. Mano told them he made stock from the leftovers but was never able to use all of it.

Milo and Layla then wondered if they could use the stock and leftovers to make soup for the homeless they had seen in Railroad Park in Tehachapi. Mano told them he just didn't have the time so the project had to be 100 percent theirs; however, he would show them how to make the soup. His children enlisted the help of their friends and with that, the soup kitchen was born.

Now, 10 months later, on most Sunday afternoons, Milo and Layla's Soup Kitchen serves three homestyle soups; one is always vegan. It's become a community project. In the past the Salvation Army has donated extra food from their food pantry and a caring individual has donated pasta.

The soup is free, although donations are welcome. Every week as many as 100 people are served by local kids from the ages of 10 to 17 years old. They volunteer their time and come from a variety of backgrounds, some troubled. Mano stresses that the soup kitchen is a safe space where they can learn a good work ethic and about giving back to the community. For some, this has been the only time they have received positive feedback and have felt a sense of accomplishment.

Mano states this is not a traditional soup kitchen. It is lively and upbeat with live entertainment, karaoke, stand-up comics, movies and kid-friendly fun, making the Soup Kitchen the place to go on Sunday afternoon for locals from all walks off life.

On Dec. 7, Mano Lujan will present the first fundraiser for Milo and Layla's Soup Kitchen. It will be a semi-formal event held at The Shed featuring the jazz stylings of Grammy award winner Barbara Morrison and the John Stephens Big Bluzzzy Band. "We are working on having an opening act as well," said Lujan.

This perfect date night will also feature a four-course handcrafted dinner created by Mano. Red House BBQ employees and the sound man will be volunteering their time working the event.

All proceeds will benefit Milo and Layla's Soup Kitchen for the Soul, which just became an official 501(c)3 nonprofit. Tickets for the dinner and show will be $75 per person. Alcoholic beverages will be available for purchase.

You can buy your tickets at Red House BBQ, 426 E. Tehachapi Blvd.

Hurry, half of the tickets have already been sold!