Administrative salary increases tabled by Board 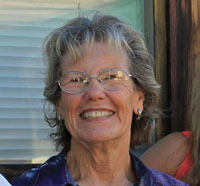 Among items under consideration at the Tehachapi Unified School District Board meeting on July 23, was the redefining of 13 District administrative positions, including setting new salary guidelines. According to Personnel Director Tim Beard, the purpose of the new job descriptions was to, "provide a foundation to the administrative salary hierarchy," and provide an opportunity for teachers to move into entry level administrative positions if they should choose.

Tehachapi Association of Teachers representative Daniel Moon asked that these 13 items be tabled pointing out that the new salary structure was essentially unfair to District teachers and classified employees who had been granted a 2 percent salary increase while the new salary structure for the administrators amounted to an increase of over 10 percent. He also stated that teachers who go into administration will lose a $25,000 annuity which is part of their contract package. He asked that the Board table the vote for the 13 positions.

Board member Rick Scott added that in some cases he found the pay increase amounted to 12 to 14 percent. It was also noted that there were no attachments to the items on the agenda for the board members to review in advance. In the spirit of being up front and open to all, Trustees Weinstein and Evansic agreed that the items should be tabled. All Trustees voted unanimously to indefinitely table the 13 items.

The Board approved a new three year lease of a portion of Monroe High School facilities to Cerro Coso College. Cerro Coso will pay a basic $3,600 per month plus reimburse the District for their share of the utilities. They will supply their own telephone, internet and custodial services. Cerro Coso will have the option to lease additional classroom space on a semester to semester basis. This will enable the college to now hold daytime classes. They will be waiving fees for Dual Enrollment students.

Rob Trost, project architect for the Jacobsen Middle School Sixth Grade Classroom Building Project, presented a bid for the underground utilities of the new addition. He said it had not been bid on when the original bid package for the project was submitted. However, he was able to negotiate the price from $52,428 to $17,500. The Board approved the bid.

The TUSD Board meets on the second and fourth Tuesdays of the month at 6 p.m. at the TUSD District Office, 300 S. Robinson St.