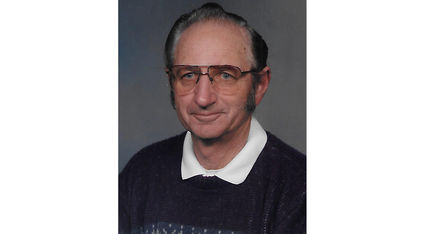 Preceded in death by his father, Henry T. Swenson, and son, Edward S. Swenson, Randall joined Our Lord and Savior amongst the angels, after the progression of Alzheimer's Disease over the past few years.

Born in Santa Ana, Calif. in 1942, Randy was the first of four children.

Randall married his high school sweetheart, Diana Dee Smith, at the tender age of 17. Randall and Diana were lifelong partners, building a family of five children, seven grandchildren and two great grandsons over the span of 59 years.

In his early 20s Randall picked up a hobby that would dominate most of his life, golf. He received and gave so much enjoyment to teaching and living it with friends and family. Although Diana was often annoyed by the amount of time it took from the family, she understood that a hard-working man needed an outlet, and so it went on for most of his life. Randall enjoyed watching Dallas Cowboys football games, listening to Herb Albert & the Tijuana Brass, playing poker, drinking Cuba Libre cocktails, practical and verbal jokes, cooking, camping and fishing with his grandsons and family.

Randall became a member of the Carpenters Union when he was 18 years old and served with them for 27 years. He drove great distances to and from job sites in a single day to be home with his family every night. When work ran dry in the Kern and Inyo County areas, for several months he lived in Santa Maria during the weekdays to work and came home on the weekends. When the job was scheduled to push another year, he and Diana relocated the family to Santa Maria, so they could be together again. Randall worked for almost two years on the Diablo Canyon Power Plant. After the project was done, Randall moved his family to Lancaster briefly and then back to their home in Tehachapi where he would spend the rest of his life.

In 1987 Randall became an employee with the Los Angeles Department of Water and Power where he put his extensive knowledge of the Eastern Sierra and carpentry skills to work for the next 21 years. He retired from the DWP in 2008.

In addition to his regular jobs, Randall designed and built furniture, constructing many projects for friends and family. He also dabbled in "honey-do projects" for just about anyone who needed his help.

Later in life Randall answered his calling, opening his heart to Our Heavenly Father. Randall became a member of the Tehachapi Valley United Methodist Church in 2001, where he served as an Executive Board member, a member of the Trustees and fellowshipped weekly with the Methodist Men's Group. Randall's service to the church was vast and varied. From assisting as an usher during services, handling collections and accounting, helping with organization and setup of church events and providing maintenance & cleanup of the church grounds and facilities on a weekly basis. In addition, Randall served the Pastoral staff and was available for personal support to the TVUM church family. Randall's assistance was instrumental during the church's yearly fundraiser at the Mountain Festival Root Beer Float Booth for over 15 years. He setup and took down the booth and made numerous daily supply runs, often at his own expense. In 2015, at Randall's request, both he and his mother Lillian (at 93 years of age), were baptized together at the TVUM church.

Although Randall was not as social as his wife, he became known as the silent helpful husband, who was loved and well known by many.

Randall T. Swenson you will be missed, but the blessing of having you in our lives will be forever engraved on our hearts. Your legacy, memories and stories will be shared. We will laugh, smile and sometimes cry as we reminisce. "You" will never be forgotten!

A Celebration of Life will be held Saturday, Aug. 10 at 2 p.m. at Tehachapi Valley United Methodist Church, 20400 Backes Ln., Tehachapi.

In lieu of flowers, the family requests donations to the Alzheimer's Association http://www.alz.org.