Cats, cats and more cats. In fact, a million of them are in the story "Millions of Cats" written and illustrated by Wanda Gag in 1928. This book became the recipient of the Newbery Honor Award in 1929, and was one of very few picture books ever to do so. "Millions of Cats" is the oldest American picture book still in print.

An elderly couple decide to look for the world's prettiest cat. The man brings home so many, at least a million, and neither husband nor wife can decide which one is the prettiest. So they leave the decision up to the cats. Utilizing the term of "grim" in fairy tales, the cats eventually scale back to one very tiny scraggly kitten.

I can assure you of a happy ending. Of course, the story is really not about cats but about human concepts of beauty and how, sometimes, we lose our way in finding it.

Speaking of losing one's way, "The Cat in the Hat" series by Dr. Seuss only adds to the uproar and chaos in life, as the cat with that big hat rumbles into the lives of children and shows them how to play rather rambunctiously, while breaking all the rules. You might call The Cat in the Hat an anti-hero of sorts. But he has managed to convey certain important lessons to hundreds of thousands of children worldwide, most none the worse for wear thankfully. And the children do experience much fun along the way.

If you have never come across the Cat Who series by Lilian Jackson Braun, you are in for quite a satisfying summer, reading right through into the brisk and breezy autumn months. Starting with the first book "The Cat Who Could Read Backwards" in 1966 to "The Cat Who Had 60 Whiskers," published in 2007. Braun had a good run of 32 books and her character Jim Qwilleran, bachelor, journalist, successful recovering alcoholic and unexpected cat lover, solves a mystery or two each book. His two cats are Siamese, named Koko and Yum Yum. They move with Qwilleran from city to city, job to job, and eventually into a rather unexpected comfortable semi-retirement somewhere very north. Even if you are not a cat lover yourself, you will learn to respect and admire their expertise as they reveal crimes and criminals to their human.

This brings me to my last book in this review. "The Traveling Cat Chronicles" may lead you to think this is a series, too. But it is one single book written by Hiro Arikawa and translated from Japanese into English by Philip Gabriel. It begins as a story about a lonely man and a stray cat. They find companionship and are enjoying five years together, when a crisis edges into the story and the man must find Nana (translated to "seven" in Japanese because his tail is bent into the shape of the number seven) a new forever home.

Readers, again, you don't have to be a cat lover to fall in love with this book, but you may become one by the end. The first part of the book is narrated by the cat himself. Somehow getting inside the fur of this feline and looking out to life through his eyes and perceptions brings one to a whole new outlook on what life is and why we live it. Yes, this book may break your heart, but rather joyfully. And that is the gift. 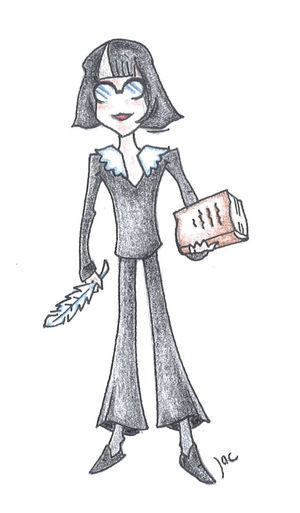