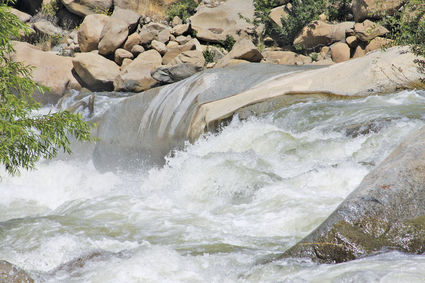 This year, with the Sierra snowpack at 180 percent of normal, the Kern River is a raging monster. While the water flow has peaked on both the upper Kern (above Lake Isabella) and the lower Kern (below the lake), the river still is dangerous.

The increased flow is awesome for rafters who thrill to the whitewater challenges in safe, professionally managed operations, but it can be lethal for visitors who do not understand the danger they are facing, and who underestimate the sheer power of the moving water.

At a June 27 press conference, Kern County Sheriff Sgt. Steven Williams, who works with the volunteer search and rescue teams and Kern County Fire Department, said that 19- and 15-year-old males from San Bernardino and an 11-year-old Bakersfield girl had been lost in the river during the previous weeks.

"The girl was walking along on the rocks and slipped in," Williams said. "The river is beautiful, but it can be very dangerous."

The body of one of the males was recovered on June 25 a mile downriver from Keysville. The others remain missing, along with a man who disappeared into Lake Isabella earlier.

On July 1, search and rescue volunteers were called out to locate a 41-year-old woman who was missing after floating away from Keysville Beach on an inflatable raft. A Sheriff's helicopter spotted her and directed rescue operations.

"We do more rescues than we do recoveries," Wilson said. "We rescued 12 versus the three who were missing during the same period."

Swift Water Search and Rescue team Capt. Aaron Lynam urged parents to focus on the safety of their children.

"Don't get too close to the river," he said. "Watch your footing. Stay off the rocks. Watch your kids. Use common sense." Life jackets should be worn when playing anywhere near the river, he said.

"We recommend that nobody swim now without life jackets," Volpert said.

The four rafting companies that operate on the Kern River employ guides who have extensive safety, safe boating and swift water rescue training.

"We are talking to campers to make sure they understand the hazard right in front of them," Kern Valley Search and Rescue Capt. Brian Baskin said. 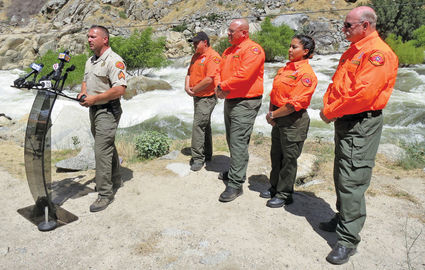 Lynam said that people get into trouble "eddy jumping," when they attempt to go from one calm section to another, and they may breach the white "eddy fence," beyond which the faster current can sweep a person away

It is hard to protect yourself if trapped against a tree or a rock.

"That is 1,200 pounds of pressure," Bakersfield volunteer Doug Ely said. "You aren't going to get out of that unless you can bench-press 1,200 pounds."

The Kern River is the third most lethal river in the world, according to the website wonderslist.com. Number one is the Amazon in South America. Number two is the Yellow River in China. The Kern is the only river on the North American continent to be accorded the "lethal" title out of the 15 listed.

To donate to the Kern Valley, Bakersfield or Tehachapi Mountain search and rescue volunteer organizations, access their individual web sites. They save lives. 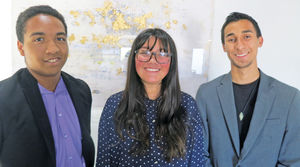 Robotics rocks! – Two 2019 Tehachapi High School graduates who were active on the school robotics team are now interning at local company Sierra Technical Services, building drones to be used by the military as targets. The interns, Andres Pina and Julian Romero, also attend Cerro Coso Community College. They spoke at the Wed., July 3 meeting of the Greater Tehachapi Economic Development Council (GTEDC), together with sophomore Layla Lujan, 14, who is a current member of the THS robotics team. Lujan plans to be a mechanic and go into medicine.

Loop viewing – Laura Lynne Wyatt, representing Supervisor Zack Scrivner, told the GTEDC that the county is building a viewing deck at the railroad Loop that will be finished in October.

Cars cars cars – While the Tehachapi Car Club disbanded after their big custom car show last year, the show will go on. Mike McHenry of Youngblood Customs in Old Town and a small crew have taken up the challenge and will be staging Thunder on the Mountain on Aug. 18. The event has produced hundreds of thousands of dollars for local organizations through the years. They welcome sponsors and volunteers.