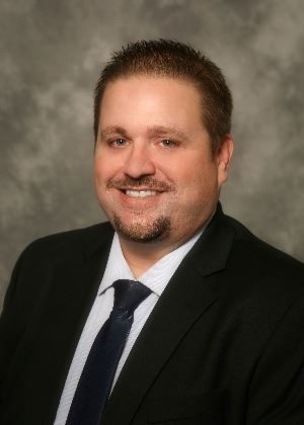 Tehachapi's Sierra Technical Services is approaching the final stages of assembly and eventually testing of their 5GAT target drone and as a result of their success are in line for additional contracts and expansion. The small business with 50 employees is located at Tehachapi Municipal Airport.

President Roger Hayes and his wife Debra started the company 13 years ago and STS continues to be a small-business success story. Their recent project, the aforementioned 5GAT drone is undergoing systems testing and will eventually be equipped with two afterburning jet engines before it is shipped off site for flight testing. According to Hayes, the 5GAT drone is designed to be a highly-maneuverable and stealthy unmanned drone intended to mimic fifth generation fighters, similar to what our military could face in aerial combat.

The success and progress of this first prototype has led to the need for a second prototype that Sierra Technical will soon be ramping up to build. Hayes says it is likely there will be an additional contract shortly for a third prototype and his company continues to bid on other fairly large competitive contracts within the industry.

"STS is doing some amazing things, especially for a very small business we started only 13 years ago," Hayes said. "We have assembled a team of about 50 people and it is amazing how much can be accomplished with a very small, dedicated and talented group of people. Debra and I are truly blessed and thank God every day for the people surrounding us."

The City of Tehachapi once again took part in the International Council of Shopping Centers annual Retail Convention (ICSC RECon) at the Las Vegas Convention Center May 20-22. The convention is the largest retail gathering in the United States and has served the City well over the years playing a role in major retailers such as Home Depot, Walmart, Tractor Supply and Big 5 locating into the community.

With the growing opportunities in Tehachapi including the presence of Walmart, which is slated to open its doors in August, the interest in Tehachapi was noticeable at this year's show. City officials were able to schedule meetings with a variety of developers, brokers and retailers, some of which were previously hesitant about Tehachapi due to size and market conditions. With the faith that some of the larger retailers have placed in this community apparent, others were more inclined to follow that lead.

As an organization, ICSC continues to evolve with the shifting-landscape of brick-and-mortar retail, not only championing its value, but also the opportunities now available in a changing marketplace. This year there was a focus on brands that specialize in re-using former retail space as well as smaller start up retailers that are making an impact already in the way they operate, ship products and contribute to the retail marketplace.

RECon provides and invaluable opportunity for relationship-building with many of these decision makers. While building a retail location, restaurant or hotel, might take six months to a year in construction time, many of those decisions were started with relationships built at RECon and fostered for several years before final decisions to build and invest were made. Many of the projects currently being considered in the City of Tehachapi were discussed at length at this year's show using previous contacts and business relationships.

Founded in 1957, ICSC now has over 70,000 members globally with the mission of ensuring the retail real estate industry is broadly recognized for the integral role it plays in the social, civic and economic vibrancy in communities across the globe.

A recent market insight and analytics of the City of Tehachapi and nearby trade area prepared by HDL ECON Solutions shows a slight shift in the demographics of the area since the 2010 U.S. Census.

With another census year approaching and the value of demographics on businesses both small and large, the story these numbers tell are vital in the health and investment potential for a community. Income and education levels, age and households are important indicators when companies are researching the potential for business in Tehachapi.

The City of Tehachapi continues to be the youngest community in the Greater Tehachapi area with 22 percent of the population ranging between 25 and 34 years old. These numbers drop the further one travels outside of the city limits. Additionally, there has been an 11-percent increase (600 residents) in 20 to 34 years olds living in the City since the 2010 census, bringing that population total to just over 5,000 which accounts for 34 percent.

There are several potential explanations for the increase in the younger population including those at retirement age leaving the area while many of the tech, aerospace, defense and renewable energy jobs within the region are being filled by a younger work force. As a result of a highly-skilled labor, income levels have increased bringing both the average and median household income up by $3,000 a year in both categories. There was also growth in the highest income levels with an additional 121 households making more than $100,000 since the 2017 American Community Survey.

The strong economic conditions as well as the attractiveness of Tehachapi for both residents and investors is setting the stage for a great story and earning potential for business investors. Both the City of Tehachapi and the Greater Tehachapi trade area provide a promising landscape for that story to unfold.