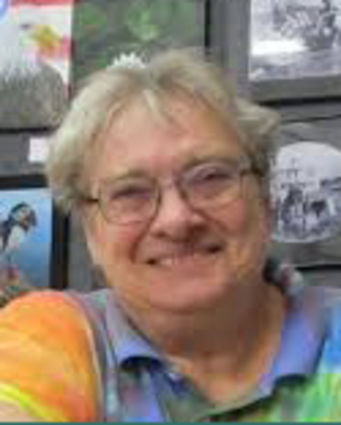 The other day I was feeling pretty frustrated and blue and somewhat angry about the world situation in general, so I turned off the news and decided to take myself out to breakfast. That was very satisfying but I still felt the need to do something positive, something good for myself, to get my head right again.

I decided to visit CALM – the California Living Museum in Bakersfield. I kinda chuckled as I thought to myself "I needed to calm down!"... and CALM seemed perfectly suited for that purpose.

I have been to CALM many times before but not for several years. I knew it had grown quite a bit, and I knew there were several new exhibits that I'd never seen before. I also knew it was a popular field trip destination as was verified by the two big yellow school buses parked in the parking lot.

I took right off to visit the Coastal Room first, which was new to me and which was a delight in spite of the fact that the room was filled with a number of young, enthusiastic school kids. After I managed to touch an anemone and chat a bit with one of the docents, I headed outside where there were even more kids. I sat at a picnic table listening to teachers and chaperons yell things like, "Eric, get off that!" and "Johnny, put that down!" and "Maria, leave her alone!" The kids were having a ball and even though it wasn't as quietly peaceful as I'd hoped, I was thoroughly enjoying their enjoyment.

After a while I started off to see the animals, first visiting the reptile room, then on to the birds and cats and other various wildlife. I found myself getting more and more uncomfortable the further I went, however. It seemed that every time I looked into a cage or enclosure with an animal, bird or reptile, all I could think about was kids in cages. It was such an odd juxtaposition to hear the joyful shouts of the children running around the park while thinking back to the morning's news and seeing kids in cages.

I have mixed feelings about zoos anyway. I don't really like seeing animals in cages, and yet being at a zoo is the only way I can see certain types of animals up close and personal, and I love reading about them and learning about them. Living in the mountains, I see a lot of wildlife in my own yard, but rarely am I able to get that close to an eagle or a bobcat or the wide-variety of snakes.

I was somewhat heartened to talk with a docent who was strolling by with a hawk on her heavily gloved arm, as she reminded me that most of the animals at CALM were rescues who would not survive in the wild. At least here they were well taken care of, which I also witnessed as I walked on and observed other employees feeding, cleaning and petting, and checking on the various critters.

Which again filled my head with images of human children in cages who were not being so well taken care of. My idea of getting away from the news of the day was not working very well.

Then I realized that the laughter, shrieking and noisy merriment was gone – the kids had all left to board their buses and return to their schools – and it was quiet and peaceful at last. I found a bench in the shade away from the cages, right by a babbling creek, amidst full and lush greenery. The sound of that moving water (and the occasional bird song), and my eyes full of all shades of green did more for me than anything else had that day. I don't know how long I sat there on that bench, but I felt calm and peaceful as I took in the beauty of the green and listened to nature's music.

I imagine I could feel calmed down in most natural settings, but something had led me to CALM that day, and several things had conspired that day to get me riled up before I could appreciate the total calm of sitting by that stream. Sometimes when I least expect it, everything falls into place and thankfully, I'm getting better at recognizing those times and appreciating them all the more.

© 2019 Marilda Mel White. Mel, local writer/photographer and co-owner of Tehachapi Treasure Trove, has been looking on the bright side for various publications since 1996. She welcomes your comments at [email protected]