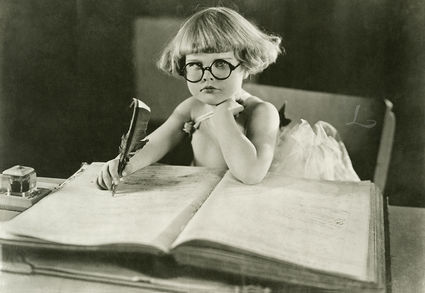 I've always thought that we can only know what we know, and that to believe without knowledge is for fools. Still, there are things – sometimes near unbelievable things, that we may never know. Lylah, the wife, is different than me, particularly now that the kids are grown and on their own over on the coast. She has less to occupy her, and time for dreaming.

"Bill, I'm not crazy, I've seen these strange lights on the mountain lately. Like I said, I saw them again just last night, while you were sleeping off your after-dinner whiskey; you know the doctor said you should back off on that."

"Yeah, maybe, but at least I wasn't dreaming about space aliens."

That was until a few days ago, the night of the so-called "wolf moon." I couldn't sleep at all, and the whiskey hadn't helped; so I went out on the deck, maybe 2 o'clock – sometime after Midnight anyway, to look at that moon. I'm a practical man, and never read the fantasy stuff, or did the "ghosts and fairies" thing. Never adopted any "new age spiritualism," or religion either for that matter. Hell, I was an enlisted man in the Air Force, way back in the day; and in my four years I never saw anything scarier than a Stealth bomber. When I saw that first one, it was unbelievable enough for me. Then, after a while, I saw them often.

It was a chilly night, but not really cold, and the Tehachapi mountain air felt good. I thought about another Jameson, but was thirsty from the first two, so just took a glass of ice water out on the deck. Tehachapi is a pretty little mountain town, and has been a great place to retire; even though the growing Air Force base down the mountain, along with all the new space exploration activity down there in Mojave, is bringing growth here, too.

I've often seen the shuttle activity at night here, and when driving to the coast, rockets from the Edwards Mojave base and from the Vandenberg base on the coast; that's nothing new. This was different, and it was right here, maybe 1,500 yards away; a great ball of light, breaking into smaller lights like a planet giving birth, all abruptly changing direction, then moving away at incredible speed, rising over the mountain and out of sight.

I'd read the New York Times expose in December of 2017, reporting that the Feds had never really dropped the older UFO studies, but only carefully hidden them from the public, after reporting them discontinued in 2012 for lack of credible and useful results. The article further reported that sightings have vastly increased in recent years, to near 500 every month, a 67% increase just since 2011; including new and credible sightings by military pilots, reporting form and movement beyond the limitations of known physics.

Let’s keep the story going! We’ll be watching for your submissions for Part 5!