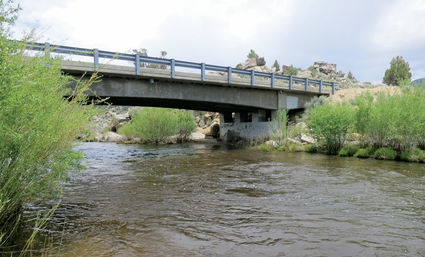 Above, the bridge over the South Fork of the Kern River at Sherman Pass Road.

High up in the Southern Sierra Nevada Mountains near Mount Whitney, at an elevation of 13,608 feet, the Kern River begins its journey through the mountains to the San Joaquin Valley, gathering snowpack runoff as it descends. The river, known as the North Fork of the Kern River, is impounded at Isabella Lake, where it joins water from the shorter South Fork of the Kern River, which has drained a plateau to the east. The Army Corps of Engineers, which operates Isabella Dam, releases lake water into the spectacular, narrow Kern River Canyon, and the river descends 2,000 feet in 20 miles. Its fury spent as it hits the flats, the mighty river is captured for irrigation and underground recharge, its bed winding through Bakersfield and turning to dust in the heat of the summer.

The river is designated officially as "wild, scenic, recreational" and is a popular attraction for hikers, campers and rafters. It is a natural treasure. Something so beautiful also is deadly. More than 300 people have drowned there since 1968 after miscalculating the force of the strong hidden currents.

Signs posted along the narrow canyon, updated with the body count, warn of the danger. The Kern Valley Search and Rescue nonprofit volunteer organization, which works with the Kern County Sheriff's Department, stays busy carrying out life-and-death rescues. 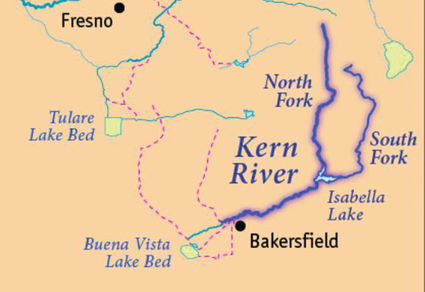 The Army Corps of Engineers does not keep all that water in the lake. The dam is undergoing safety modifications, and the corps releases much of the water down the canyon rather than holding it. More water crashing the wild canyon descent increases the risk factor for recreational users.

In his 1985 song, "Kern River," Merle Haggard tells how he would swim in the river with his friend and lost her to drowning.

"The swiftness swept her away," his lyrics say.

The Kern River, he wrote, "is not deep nor wide, but it's a mean piece of water my friend..."

State forecast: Kern River water may be 200% of normal 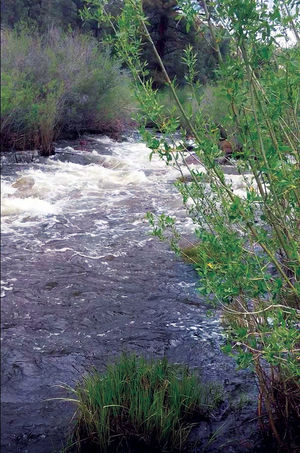 The South Fork of the Kern River churns as it tumbles its way across Kennedy Meadows, 100 miles north of Tehachapi by way of Hwy. 14 and Nine Mile Road. The river morphs into raging rapids on the steeper slopes and in Kern River Canyon on its way to Bakersfield.