Concerts in the Park: The Beatles invade Tehachapi, again! 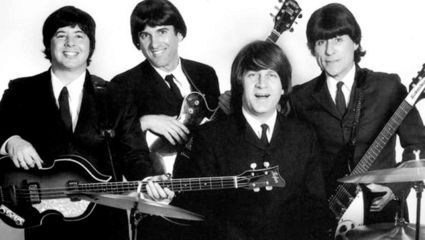 Get Ready! The Beatles are returning to Tehachapi! As the kick-off for this year's "Concerts in the Park" series, Beatles tribute band, Ticket to Ride will take the stage at Philip Marx Central Park in Downtown Tehachapi on Sunday, June 16 at 2 p.m. for a free concert. Bring your picnic lunches, lawn chairs and transport back to the 1960s with all the great Beatles hits everyone loves! Ticket to Ride's re-creation of the Beatles experience is simply astonishing. The band has been touring internationally since 1999 and features some of the best Beatles impersonators in the country.

This concert, as well as two others scheduled for July 14, featuring Phil Salazar & The Kinfolk, and August 11, featuring The Novelists, are being presented by Tehachapi Valley Recreation & Park District in association with Fiddlers Crossing and MusicMX Entertainment. The concert series is sponsored by Lehigh Cement and Grimmway Farms.

Mark your calendars for June 16 at 2 p.m. Ticket to Ride is sure to start out this Summer's "Concerts in the Park" series with a bang!