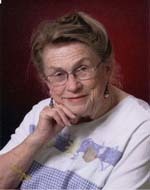 A few weeks ago I wrote of the Mojave Gold Rush and the discovery of the Golden Queen Mine that caused people from far an near to come to Mojave and hope to find such a bonanza as George Holmes. The following story gives one a glimpse of the same area during The Roaring Twenties.

The busy little desert community of Mojave, in the late 1920s, had a population of maybe 500 friendly souls and was known for gale-force wind storms, extreme summer heat, gold mining and was also the terminus for trains coming from all directions. As with most small towns the main street held all of the businesses and catered to traffic that came through on U.S. Highway 466 and State Highway 7.

In 1926 my father, Chauncey Davis, moved our family from Tehachapi to Mojave as he had secured employment with the Southern Pacific Railroad as a switchman. The pay was good and the family enjoyed a comfortable life. As fate would have it I was born in 1928, just before the "Crash of '29" and the Great Depression began. It wasn't long before the S. P. Railroad had to cut back their employees and my father found himself out of work. He managed to make a living by working at odd jobs and also at the local gold mines on Standard Hill and Soledad Mountain. Due to my father's love of gold mining I learned to pan gold before I could spell cat.

One afternoon in 1931, my dad was driving his Model T Ford truck cross country, off-road fashion, eight or so miles southeast of town toward two small rocky buttes. His intention was to take some ore samples to check for gold. Topping a little rise he came upon what appeared to be a mining operation with much activity. Walking up to the scene to converse with those around the site he saw five 1,000 gallon vats placed in a timbered dugout. Dirt and desert foliage atop the vats disguised a thriving bootlegging still in operation. It might be well to add that at this time Prohibition was in full swing.

Realizing that he may have walked into a dangerous situation, he talked casually for a few moments about gold mining and then left for town. He knew that what he had stumbled across was no simple home brew operation, but a big time high output bootleg business. As he pulled into the driveway at home, a large black sedan pulled in behind him and a local Mojave businessman got out and confronted him by saying, "Well, Chauncey, you know what you saw, what are we gonna do about it?"

My father replied with the only possible answer beneficial to his health,"Well, I could sure use a job."

He was hired and worked for a good salary of $55 per week; cash on the line. His particular job was that of a guard stationed on a hill near the still; a .30-30 Winchester rifle (his own) in hand. There was a buzzer system rigged to warn of intruders. The danger of the Feds was always imminent, but liquor hijackers were of a greater risk and far more apt to show up. There was a fenced in corral filled with cattle by the entrance to the still and another of my father's duties was to herd them in near the entrance so the hoof prints would cover any tire tracks the liquor trucks made as they departed with their loads of whiskey.

No Federal Men came but the hijackers did and my father had to use his fists and then his .30-30 to defend himself and the still. The hijackers left with bullets passing over their head. He was a crack shot, but as they were already leaving he had no desire to "detain" them further.

While earning the grand salary of $55 dollars per week, the ability to pay cash for items purchased, instead of the usual credit, was noticed by local grocer, Roy Moore. My eldest brother, Everett Davis, who was about 12 during this period of time, was often questioned when sent to buy items at Moore's store.

"Your Daddy workin' someplace, son?" he'd ask. Everett had been instructed to act dumb and say he didn't know.

The government agents began closing in on other known stills in the area and many people were arrested. My father said that the "big boys back east" who engineered the local operation, said it was time to close up and relocate. The good salary was gone leaving him with only a few stories to tell his children and grandchildren.

One such story was an incident of a bull falling through the roof of the dugout directly into one of the 1,000 gallon liquor vats. The men were finally able to extricate him but not before he had managed to swallow a great deal of whiskey and go charging off into the desert, mad and roaring drunk.

This period in history ended on Dec. 5, 1933 when the 18th Amendment was repealed and President Roosevelt declared National Prohibition at an end.

My father secured a job driving the local school bus. At school the kids called me "the bus driver's little girl." I really didn't like being identified in that manner, but it could have been worse; I might have been called "the bootlegger's daughter!"