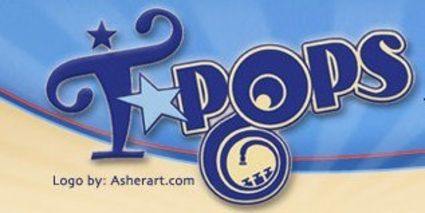 Spring will be “TPopping” Sunday, April 28, when The Tehachapi Pops Orchestra opens its 12th season with a concert in Grace Fellowship Church. TPOPS is comprised of musicians of all ages from Tehachapi and around Kern County. It includes seasoned professionals as well as students who are playing in their first orchestra. As the name implies, TPOPS plays a mixture of showtunes, light classical, jazz, rock, standards and other popular music.

For this concert, the orchestra will be conducted by James Peck, with guest vocalist James Lee Stanley. Peck is a member of both TPOPS and the Tehachapi Symphony Orchestra as first clarinetist. He has been music director of the Bear Valley Springs Church, and was for many years the leader of a popular big band that performed in the early Concerts in the Park series and around the area.

Stanley is a popular touring singer-songwriter who has been on the Fiddlers Crossing concert schedule several times over the years. During those visits to Tehachapi, he and his wife, Evelina, fell in love with the area. A year ago, they moved to Bear Valley Springs from Los Angeles. This will be Stanley’s third appearance with TPOPS. He has also performed at Farmers Market, in the BeeKay Theatre and elsewhere around the area, and has released 34 CDs. Along with his singing career, Stanly was a regular on “Star Trek: Deep Space Nine” for five years.

The spring concert has become an annual event to open the TPOPS season. The concert is free, but donations are gratefully accepted. A popular feature of the concert is a “cakewalk” – a kind of musical chairs in which participants win cakes or cookies donated by orchestra members. All proceeds from donations and the cakewalk tickets will be given to Grace Fellowship as a way for TPOPS to say “thank you” to the church for their generosity in providing the use of their facilities for rehearsals, instrument storage and concerts.

TPOPS is an all-volunteer, nonprofit community organization, with the conductor as the only paid position. The orchestra is funded through grants and donations. New members are welcome at any time, and can get in touch with the orchestra through Mountain Music (661) 823-9994 or email tehachapipops@gmail.com. Rehearsals are Mondays from 6:30 to 8:30 p.m. at Grace Fellowship. There are no audition requirements, but musicians should be able to play at about a high school level.

The TPOPS season includes a Fourth of July concert at 2 p.m. in Philip Marx Central Park as part of Tehachapi’s Hot Dog Festival. On Oct. 26, TPOPS will present its annual Halloween spectacular in the BeeKay Theatre, appropriately called “The BooKay!” An annual Christmas concert is presented in Bear Valley Springs and in Grace Fellowship.

Grace Fellowship is at 326 E. Tehachapi Blvd., across from The Shed. The concert will begin at 3 p.m.