'The Rest of the Story' 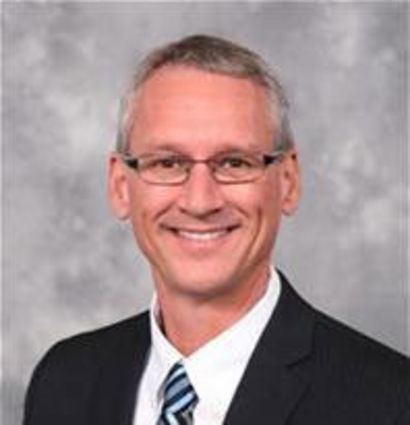 Legendary radio broadcaster Paul Harvey had a well-known feature that was heard by millions of Americans on radio stations across the country each week, it was called "The Rest of the Story."

His features included more information on stories that were reported in the news media and throughout history. "The Rest of the Story" was Harvey's chance to tell everyone what really happened.

It's been grossly-underreported over the last few weeks about what is actually being prioritized by the City of Tehachapi, especially in the areas pertaining to our economy and economic development. Somehow old data, older priorities and initiatives that have long-since been completed were reported as actual "projects." Even City staff quotes attributed to the story weren't conducted as part of interviews for that piece. That has garnered some letters to the editor, as it should, it simply doesn't add up. [Editor's note: These inaccuracies were made in another publication not associated with The Loop.]

Now it's time for the rest of the story.

Economically, we're not just focusing on tourism and Downtown revitalization, Downtown Tehachapi is fully-occupied and has been revitalized for years. Tourism continues to be an important economic boost for small business in and outside of the City, but any efforts on our part is simply supporting the Tehachapi TOURISM COMMISSION, Wine Grower's Commission and Tehachapi Visitor's Center when they ask for it. We let the pros handle those efforts.

Our current efforts economically are focused on education and workforce development. We've partnered with the Tehachapi Adult School to match their soft skills and other programs to the employment needs of employers like Walmart and others who come to our community as a result. Specifically, these efforts center around 16 to 24 year-olds who can get the local skills they need to get a job in Tehachapi. We also continue to work with Cerro Coso Community College for more certification programs to meet the needs of local industry.

We are focused on the health care sector. Not only did Adventist Health open a new hospital, their work load is requiring expansion of their clinic facilities. To that same point, Dignity Health, a relative newcomer to the market, is already expanding clinic hours and offerings with a big announcement scheduled for April. Our efforts to attract health care is paying off and the entire region wins.

Additionally, we're inundated with calls and meetings to help current businesses expand and grow. Our expansion efforts also include attracting business owners from surrounding communities like Bakersfield and Lancaster to open branches here. We already have some success stories in that realm and expect more to come.

One letter asked why the City wasn't doing anything about Highway 58? The freeway is under the authority of Caltrans, so we don't spend City dollars to "fix" the highway. However, it's been previously reported about the early planning for truck-climbing lanes on eastbound 58 to reduce semitruck incidents and passing. That initiative was started by the City of Tehachapi, specifically, Council member Phil Smith, who as the City representative to the transportation committee in Kern County, piqued the interest of Caltrans District 9 for the project. In the not-too-distant future when that vision becomes a reality, we'll have Phil Smith's leadership and vision to thank.

We support aerospace initiatives in nearby communities by preparing for the impact commercial space flight and even military-space missions will have. It's unrealistic to be pro-aviation and aerospace and anti-growth. As the East Kern aerospace industry expands, we have to be prepared to house people and offer them other retail opportunities if they chose to live here, which many of them do.

There's plenty of ways to ask questions of us as well should something not add up in your mind. I haven't received any calls about the latest under-reporting of City business, but I can always be reached at (661) 822-2200 or via email at [email protected]

As the late Paul Harvey would say as he signed off, "now you know, the rest of the story."