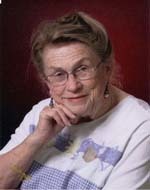 Mt. Soledad, a mauve colored sentinel, whose pock marked sides show the effects of many years of gold mining, stands regally observing the great Mojave Desert; the site of gold discoveries encompassing the 19th and 20th centuries. The 4,190-foot purple giant stands southwest of the small community of Mojave. The discovery of millions of dollars of precious metal ore in the Mojave Desert area was due to the efforts of the persevering hard rock miner, the chronic prospector, the ambitious fortune hunter and the dusty dreamer who roamed the hot, windy land, "chipping at random rock," hoping to strike it rich. Gold Fever is no respecter of age, race or position in society, for bankers and bums often trod the same hills.

My father always had a gold mine. It was easy in the '20s and '30s, for one could homestead the land and by making yearly improvements retain the title as well as the mineral rights. Contrary to popular belief, one does not need to "strike it rich" to get some "pay dirt" from a mine. The small time miners could follow small veins and make a few dollars. This is called "pocket mining." Dad loved mining and could supplement his income in this manner but he never found the rich vein he had hoped for. I can still recall the pained look on my two brother's faces as they went with our father to the mine on weekends. Spending one's time down in a mine shaft was not on their agenda as boyhood fun.

As fate would have it, my father was never meant to be a rich man. One day he and my uncle were prospecting on the north side of Soledad. They sat on a very large boulder and ate their lunch, then continued around the mountain looking for good ore samples.

A few days later George Holmes, a tall sandy haired man, was also out prospecting and found himself in the same area. He'd been working on the dumps in the Elephant Eagle Group of claims with his sons during the summer months. He began to examine my father's" lunch site" boulder and began chipping at it obtaining some good samples which he had assayed. It ran $60 to the ton, which was good, but he thought the boulder was a piece of float that had come from higher up the mountain.

Holmes enlisted local man, Bruce Minard, to locate the original source farther up on the mountain by offering him five percent ownership of the mine. It was ascertained that the lode lay under that first boulder used as a lunch site by my father and uncle.

Holmes' name for the mine was The Silver Queen. He worked alone on the claim sacking the ore but a switch back road was badly needed to transport it down the mountain. He offered Virgil Dew another five percent of the mine for this effort. With the road completed production began in earnest with 15 men on the payroll. Both Minard and Dew later sold their shares for $1,000 apiece to Cy and Earl Townsend, two local businessmen.

As Franklin Roosevelt began his second year in the Chief Executive's office, the small town of Mojave exploded into a bustling, hurrying community. The Silver Queen discovery had prospectors on every hill and mountain. The boom was on and by February of that year, 1934, news of the strike had prospectors and sightseers flocking to the site. Patrolmen had to be hired to control them.

A peculiar existence prevailed where restaurants were full with those who had money and around in back were depression drifters looking for handouts. The mines had a rule that they "hire local men first."

We, as children, besides the usual kid games could incorporate words into our play, such as, claim jumper, powder monkey, jack hammers, carbide light, smelter, gold bearing quartz and others. My father taught me to pan gold at an early age.

A mining engineer, named Reynolds, descended into the mine with Holmes one day and printed what he saw in the Tehachapi News. He described the 200-foot shaft and in the depths of the mine was astounded at seeing the largest space of ore that he had ever seen; over 40-feet-wide and running from $30 per ton to several hundred dollars in many places.

By August of that year Holmes had 30 men on his payroll and before the end of that year the number jumped to 125. The workers lived in a small mining camp in a flat area west of Standard Hill in cast-off refrigerator railroad cars. The name Reefer City evolved from this action. Children from these families were driven to school by my father, who was hired to drive Mojave's first school bus. The small Mojave elementary school was soon overcrowded and some classes were held in the basement of the Community Church.

At this time George Holmes was already dickering with a South African gold mine company. The final sale took place in January of 1935 for $3,200,000. The new owners changed the name of the mine to The Golden Queen. Millions of dollars were mined from the "Queen." One must remember that at the time gold sold for a mere $32 an ounce because of the government ceiling on the price.

By 1942, due to World War II, the mines were closed to free the workers to mine metals strategic to the war effort. Gold mining was not profitable until the price freeze was lifted in the 1980s. It accelerated to $800 per ounce briefly and by 1986 was $340. Today, gold is worth $1,670 per ounce.

The days of the hard rock miner are virtually over with large scale strip mining operations that winnow out the small businesses. It breaks my heart to see that the "sentinel" Mount Soledad, has fallen prey to the strip miners. It'll take a while to take her down but a bit of my heart will go with her.

Some gold miners, the old hard rock kind, are hanging on and I like to think that somewhere out there is the incurable optimist trodding the hills with his prospector's hammer..."chipping at random rock."