School Board listens to kudos and concerns 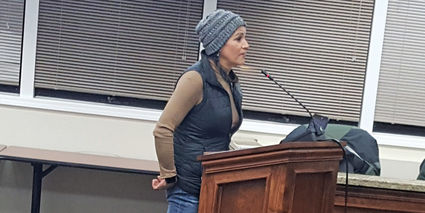 Sandy Chavez of the Salvation Army thanks the school district.

Tompkins Elementary School will be receiving a new flag pole. Richard Oldenburg of the Bear Valley Springs veterans made the presentation at the Feb. 12 Board meeting. Oldenburg emphasized that although he was making the presentation, the flag pole is a donation from all the Tehachapi veteran groups.

Superintendent Kaminski told the Board that district attendance was down a disappointing 155 students from the same time last year. He also reported that chronic absenteeism is still a problem throughout the district. He said that statistics show that 83 percent of kindergartners who are chronically absent will not be able to read at grade level by the third grade and are among those most likely to drop out of high school. It has been proven that absenteeism markedly decreases following parent conferences. The district recently sent out 1,826 parent communications regarding chronic absenteeism adding that the District sends out three notifications to get parents to come for a conference. 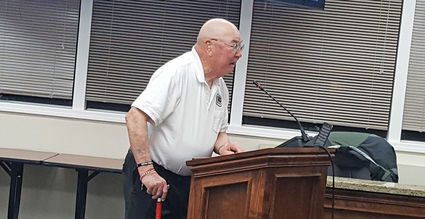 The Board will be interviewing applicants for the position of Superintendent during March and are planning to make a decision in April.

So far the District has used three of their Snow Days, so school attendance days will now include May 10, 13 and 24.