The end of Windows 7, plus microwave ovens and Wi-Fi 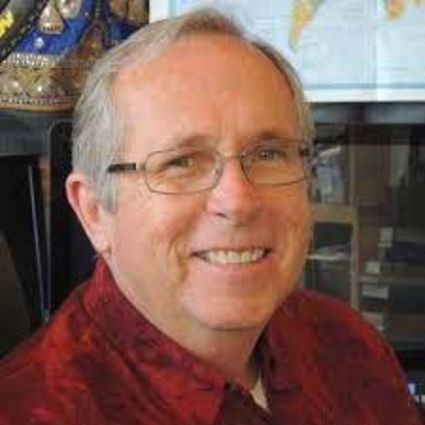 Microsoft will stop supporting Windows 7 with security updates on Jan. 14, 2020. But don't worry, your trusty Windows 7 computer will still work, it just won't get any more security updates. Eventually none of your browsers will be able to update themselves and you also may not be able to connect to some websites. New programs, and new versions of your old programs, may not work anymore either.

When Windows XP support ended back in April 2013, estimates were that about 25 percent of Windows computers still ran Windows XP. Everybody else already was on Windows 7.

As of the end of December 2018, Windows 7 is still running on nearly 35 percent of the computers running Windows. Windows 10 is running on just over 50 percent of all Windows computers with Windows Vista (!) and Windows 8 or 8.1 making up the rest.

Why is the end of support a big deal? It means no more security patches for problems in Windows 7. Security flaws that are found and fixed in newer versions of Windows will often affect Windows 7, too, and remain unfixed. Attackers will eventually know how to attack your Windows 7 computer. Also, when Microsoft ends support for Windows 7, other companies usually follow their lead. Nobody wants to run on an unsupported operating system.

You've still got a year to plan what to do. You could install Windows 10 on your old Windows 7 hardware, but modern processors, the increased capacity and speed of RAM, faster hard drives and better graphics are all good reasons for upgrading your hardware, too.

Why do microwave ovens and Wi-Fi share a frequency?

All devices that emit radio frequencies are regulated. Surprise, right? Regulations are needed to prevent devices from causing interference. Everybody gets their own playground. In 1947, the International Telecommunication Union (ITU) established a frequency band for Industrial, Scientific, and Medical (ISM) devices.

The ITU designated the 2.4 GHz band as an unlicensed spectrum specifically for microwave ovens. The industrial, scientific, or medical applications of early microwave ovens I'm not sure about, but there probably were some. Eventually the 2.4 GHz frequency band also became home to cordless phones, walkie-talkies and Wi-Fi.

Why? Mostly because the 2.4 GHz frequency band doesn't require much power to broadcast on and can be shielded inexpensively. This made it cheap for consumer-level devices.

Oh, at 2.4 GHz we can also heat food. Microwave ovens, while shielded, aren't perfectly shielded. If they were, you wouldn't be able to watch your food while it cooks.

The Wi-Fi standards call for algorithms to try and avoid interference from other devices operating in the band, but interference can and does happen. Since the oven is a stronger transmitter, it can block your Wi-Fi signals. It's not super common because the microwave oven is focusing inside itself, while your Wi-Fi router is broadcasting in all directions. Microwaves also operate at power levels about 10,000 times higher than Wi-Fi routers (that's why your Wi-Fi can't heat up your burrito.)

If you do see some interference in your Wi-Fi- signal when the microwave is on, you don't need to get a new microwave, get a new router instead.

Virtually all new routers are dual-band, meaning they operate on the 2.4 GHz band and the less-crowded 5 GHz band. Better, faster, and less interference.