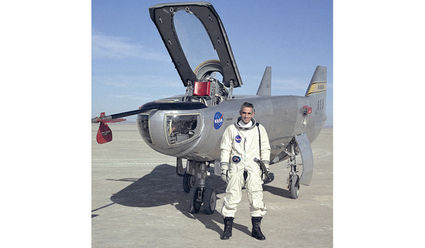 Manke attended the University of South Dakota before joining the U.S. Navy in 1951, during the Korean War. He was selected for the NROTC program and graduated from Marquette University, Milwaukee, Wisconsin, in 1956 with a Bachelor of Science Degree in Electrical Engineering and a commission in the United States Marine Corps.

After leaving the Marine Corps in 1960, Manke worked for Honeywell Corporation as a test engineer for two years before coming to NASA. Manke flew 42 flights in the lifting bodies, including the X-24B, X-24A, HL-10, and the M2-F3, more than any other pilot.

He was a NASA research pilot for more than 11 years and has flown over 4,500 hours in 56 different aircraft. His career was highlighted by NASA research flights to test lifting body aircraft, preparing the way for the Space Shuttle and follow-on programs.

As Director of Flight Operations at NASA Dryden, he had operational responsibility for the flight test program of the mated Shuttle/Boeing 747 and flew exploratory flight tests in the F-8 Digital Fly-By-Wire aircraft to develop control system design changes for the Shuttle Orbiter. He participated in the high-technology programs, including the X-15, Lifting Bodies, Space Shuttle, AFTI/F-16, AFTI/F-111, B-2 Stealth Bomber, and X-29. He earned his Mach 3+ pin flying the YF-12 Blackbird.

The people Manke worked with at NASA became close friends and even after retirement, they shared time together flying model airplanes and recollecting the historical flights made while working at Edwards. Two men who had worked in flight test at Edwards for over 50 years and were close to Manke, were Johnny Armstrong, 412th Test Engineering Group, chief engineer at the Hypersonic Combined Test Force, and Bob Hoey, flight test engineer, aerodynamicist and engineering supervisor for all of the lifting body flights, the mission planning/data analysis of the X-15, including the record setting Mach 6.7 flight with Pete Knight and the Space Shuttle program.

Both Hoey and Armstrong flew model airplanes with Manke along with a few other retired aerospace engineers and they called themselves – 'OFFC' (Old Farts Flying Club). Manke's dog, Daisy, liked to chase the airplane's shadow after it was launched. 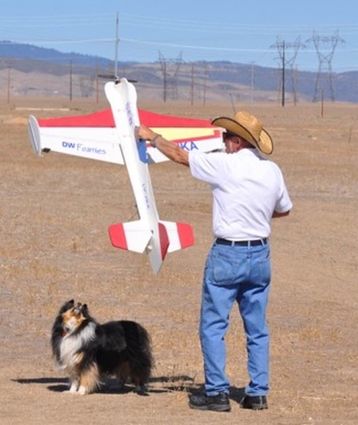 John Manke has been honored with the NASA Medal for Outstanding Leadership, the NASA Medal for Exceptional Service, was nominated by NASA in 1984 for the Presidential Rank of Meritorious Executive, and was named to the City of Lancaster Aerospace Walk of Honor in 1997.

What a spectacular career and legacy! John Manke was truly an iconic aerospace hero, one that will always be remembered by those who cherish the golden era of flight test at Edwards Air Force Base.