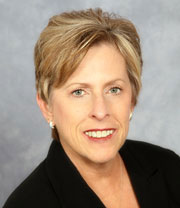 Finding and maintaining water resources in the desert has always been a challenge, but in 1979 the Mojave Public Utilities District faced more than one.

In the good news/bad news category, the water district learned in mid-1979 that the Feather River Water project had been completed and Mojave residents would soon be drinking local well water mixed with 50 percent of the state water.

In my mother Marion Deaver's article for the Desert News, she noted that the completion of the state water project had been 20 years in the making. The project began when Earl Warren was Governor of California.

The first water system for Mojave was constructed in 1876 by the Southern Pacific Railroad when it drilled a well 12-miles northwest of Mojave. The water was transported in a pipeline to the town of Mojave.

That system was sold to the water district in 1938 and has been expanded and maintained by the district since that date.

The state water project was approved by the voters of the state in 1960 and included a system of dams and 440-miles of aqueduct, bringing water to Southern California.

My mother, who wasn't that fond of change, had decided years before that Mojave well water tasted great and the new state water would not!

She even asked residents in her article if the new water had changed the taste of the local water. I don't remember noticing that the water had a different taste, but I do remember that the Sparletts Water Company made regular stops my at parents' house from then on.

The Antelope Valley-East Kern Water Agency was created by the California legislature in 1959, and was one of 31 local water agencies to sign contracts with the state to receive the new water.

The project was funded by bonds. The state had to hold three elections before the bond issue was approved, according to my mother's article. Northern California residents were not all that fond of some of their water going to the southern section of the state.

The Mojave Water District would be required to finance and provide the work to move the line. Larry Cleveland, general manager in 1979, explained the costs associated with such a project.

Another agency, the Kern County Department of Highways and Bridges, required that the new water line be bored under its county streets. The line could be laid in open trenches in the alleys but not the streets.

The extra construction would cost about $2,400 per street and there were five streets to cross. The district had to also pay for new hookups to all the businesses affected.

The next bad news for the water district was to learn that its lines from the well located west of Cameron Canyon would have to be pressurized. This included a total of 12-miles of line.

And...the water in those lines had to be chlorinated. (My mother really did not like that idea!)

These requirements were mandated by the State Department of Public Health.

Cost of pressurization of the 12-miles of line would cost the water district "about three-quarters of a million dollars", according to Cleveland.

The district was already in a project to expand its sewer treatment plant, so all these new expenditures were not good news for the district.

The water district contacted Caltrans to see if there was any grant or special money to assist with moving the water line, but none was found.

Cleveland said he did not foresee any new taxes for 1979 from the district, but look out 1980!

In 2018 voters turned down a bond issue for water delivery in California...but history tells us to expect to see that bond issue on future ballots.