Christmas in the trenches 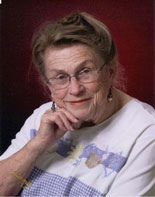 Last year at this time, I wrote about the old Christmas hymn, "Silent Night." Not long ago I read in one of my music magazines about the World War I Battlefield Truce in 1914. It was spoken of as, "The War To End All Wars." It is told that the British, Belgian and French soldiers in the trenches could hear the German soldiers singing "Silent Night" in their native language so they joined in singing in English. My father, being a World War I veteran, had heard men speak of the truce and told us, as children, about it. I had all but forgotten hearing of it. Although the U.S. was not to send troops to Europe until April 7, 1917 the unusual occurrence was still talked about.

History tells us that in December of 1914 Pope Benedict XV asked for a temporary hiatus from the war to observe Christmas. The heads of the warring countries refused to consider it. But, in an once in a lifetime event, the men in the trenches declared their own truce. The commanding military officers, in spite of orders given, did not enforce the disobedience of the men in their command. Disciplinary action was not used. One cannot court marshall hundreds of fighting men for putting down their rifles to wish, "peace on earth, good will towards men."

The first to come from the trenches carried white flags and no weapons. Soon more men came tentatively forward. They sang Christmas songs in their own languages, but many of the songs were sung in all of their own countries so it was possible to sing "O Tannenbaum" (O Christmas Tree), "O Come Little Children," "Stille Nacht," "Heilige Nacht" (Silent Night, Holy Night). They also sang songs for one another. They ended up with "Auld Lang Syne," which the British, Belgium, Scots, Irish and German all knew. The "no man's land" between the trenches became a meeting place where gifts of cigarettes, cigars, plum puddings and souvenirs were shared. Sometimes they would exchange uniform buttons for keepsakes. It is said that the men organized teams and played good natured games of soccer.

At that time Germany had an Emperor, Kaiser Wilhelm, who was the last Emperor Germany ever had. He was also King of Prussia. He was emperor from 1888 until he was to abdicate in 1918 and lived in exile in the Netherlands until his death in 1941. Known as Kaiser Wilhelm the Americans, out of disrespect, called him "Kaiser Bill." He was Queen Victoria's grandson. Thus, as the war ended in defeat for Germany, Kaiser Wilhelm's reign ended also. The Christmas Truce of 1914 has remained in history as "one of a kind." It occurred just five months after the war began. In 1915, some attempts were made for another such event, but threatened disciplinary action quashed any attempts. By that time the war was getting old and the Germans would later begin using poison gas. War became what it is ...war. It would not end until November 1918.

The War To End All Wars did not succeed in its aim. Still though, the Christmas of 1914 Truce remains as a one time event where political squabbles took a back seat to a more fundamental need: love thy neighbor and peace on earth. The old hymn, "Silent Night," written in 1818 in Oberdorf, Germany is still sung in 140 languages around the world. Some good things never change.