Remember December 7 and the attack at Pearl Harbor 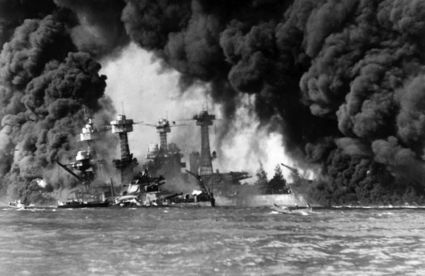 As December 7 approaches, I am reminded of how some people think we should push the memories of the Japanese attack on Pearl Harbor out of our minds and just get on with our lives. I totally disagree. We should never forget!

Tell the families of the 1,177 men who lost their lives aboard the USS Arizona on December 7, 1941 to forget the past. Tell my friend, Mary Hockensmith, to forget the bullets hitting the ground next to her and her 6-year-old sister, as they ran to their mother in Honolulu that morning, as the Mitsubishi Zero roared low over them. I remember, our friend and Mojave resident, the late Louis Markiewitz, who was a Pearl Harbor survivor, tell of the terror, fear and panic he felt that morning. I seriously doubt he would tell people to forget about December 7.

No, please don't forget! Freedom loving Americans should not forget December 7, 1941 and the deliberate attack that launched us into a world war. As I look out and see the "Stars and Stripes" on Friday morning, placed in my yard by the Mojave Lion's Club, I will be thinking about my Navy League friends who served in World War II, several of whom served the entire war, as prisoners of war, at the hands of the Japanese.

My husband's brother-in-law, Jack Taylor, who passed away in 2012, was a civilian surveyor when the Japanese attacked and he ended up in the Bataan Death March. He spent four years as a POW in Japan.

In the 1920s, Brig. General Billy Mitchell predicted that one day the Japanese would launch an air attack in the early morning against Hawaii's Pearl Harbor. In his 1925 book, "Winged Defense," Mitchell detailed how Japan might attack Hawaii - starting at 7:30 a.m. with 60 Japanese pursuit planes destroying hangars and planes on the ground at Schofield Barracks, followed by 100 bombers striking Pearl Harbor's naval base.

For nearly 30 years, the Condor Squadron from Van Nuys Airport would fly to Mojave Airport to commemorate the aerial attack and pay homage and respect to all who served and to especially honor those who gave their lives at Pearl Harbor.

Cal Emerson served aboard the U.S. Navy destroyer, USS Bancroft, DD-598 as a Gunners Mate. I will always cherish the beautiful 48-star flag that Cal presented to me. The flag had flown on his ship during WWII. He gave the flag to me when the Bakersfield Navy League came to Mojave Airport to watch the Condor Squadron on December 7, 1998. Cal passed away in June this year.

At exactly 7:55 a.m. the drone of the North American T-6 "Texans" would be heard over Mojave. They would come in from the South in formation over runway 30.

The Museum of Flying had their A6M Mitsubishi Zero stored here at Mojave Airport after it was restored. It was the real thing, was a flier and starred in the movie Pearl Harbor.

The Zero, a single-seat carrier based fighter, was first flown in April 1939 and delivered to the Imperial Navy in July 1940. "Zeke" was the official Allied code name.

In 1940, General Claire Chennault, Commander of the Flying Tigers volunteer force in China, sent a forceful warning to Washington D.C. that 15 Japanese Zeros were tested in China and they had eliminated all opposition. The warning was unheeded. It all sounds so familiar doesn't it?

The first wave of Japanese aircraft arrived over their target areas in Hawaii shortly before 7:55 a.m. Their leader, Commander Mitsuo Fuchida, sent the coded message "Tora, Tora, Tora," telling the Japanese fleet that the attack had begun and that complete surprise had been achieved.

At approximately 8:10 a.m. the USS Arizona exploded, having been hit by a 1,760 pound armor-piercing bomb that slammed through her deck and ignited her forward ammunition magazine. 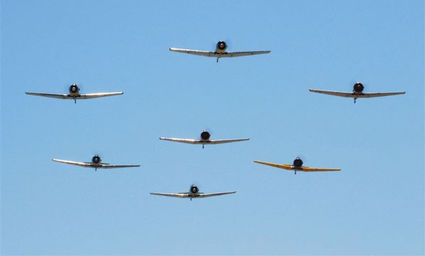 In less than nine minutes, she sank with 1,177 of her crew, a total loss. The USS Oklahoma, hit by several torpedoes, rolled completely over, trapping over 400 men inside. The USS California and USS West Virginia sank at their moorings, while the USS Utah, converted to a training ship, capsized with over 50 of her crew. The USS Maryland, USS Pennsylvania and USS Tennessee, all suffered significant damage. The USS Nevada attempted to run out to sea but took several hits and had to be beached to avoid sinking and blocking the harbor entrance.

No, we should never forget December 7, 1941. Remember this famous quote, "Those who don't study history are doomed to repeat it."